Protoplanetary disks around young stars are the birthplaces of planetary systems. Most of their mass is in the form of molecular hydrogen with small admixtures of solid particles. The initially micron-sized particles grow through mutual collisions to form larger meter-sized bodies with further growth potentially assisted by gravitational instabilities in dense dust layers.

At the end of this process rocky planets can form. If enough mass is available the central cores attract gas envelopes—a process that leads to the formation of giant planets. In the outer regions of massive disks, gravitational disk instabilities may trigger the formation of massive planets. The properties of gas-rich disks depend on the spectral type of the central star, the star-formation environment, and other parameters such as metallicity. Our research is establishing the connection between disk properties and the structure of planetary systems. We have searched for disks from relatively massive early B-type stars to brown dwarfs and were among the first to measure the disk masses of these very low-mass objects. 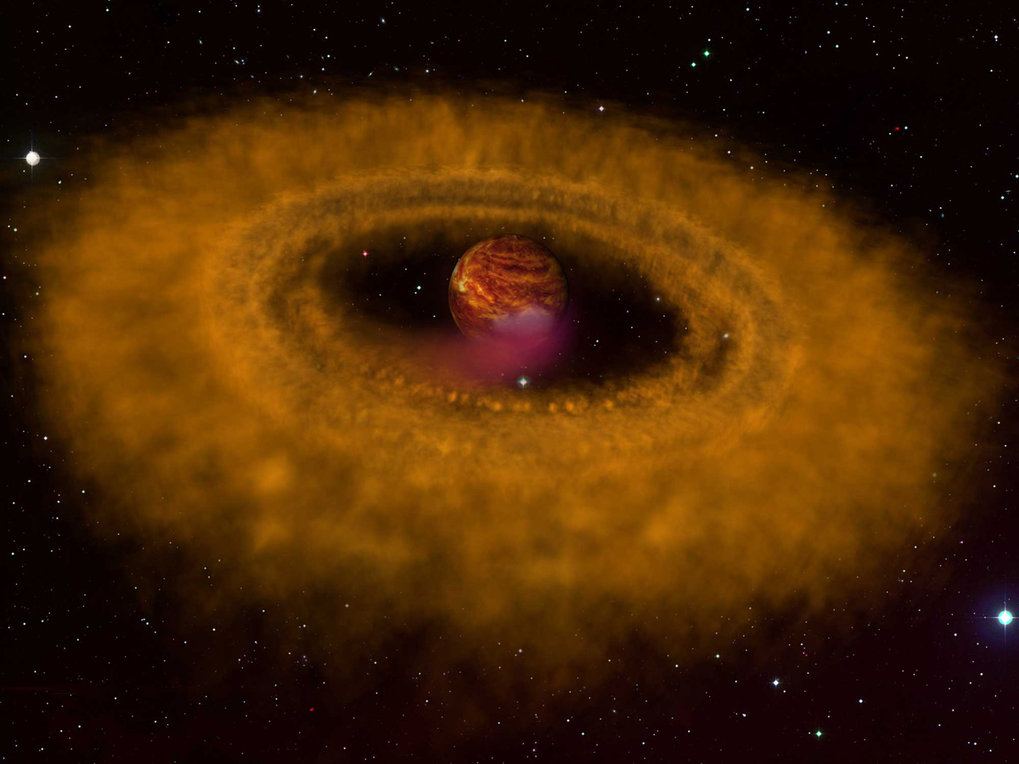 In the gas-rich protoplanetary disks, planets can migrate and open gaps if they are massive enough. Adaptive-optics assisted observations, interferometry from mid-infrared to (sub)millimetre wavelengths and observations with the Hubble Space Telescope (and soon with the James Webb Space Telescope) are providing the spatial resolution to search for gaps and other asymmetries in protoplanetary disks. The PSF Department is pursuing a multi-wavelength approach to characterize disks with a special emphasis on high-resolution techniques and spectroscopy. We have built dedicated instruments for ESO's Very Large Telescope Interferometer, JWST, and the planet finder SPHERE to characterize such disks.

The gas-rich disks are also chemical factories leading to the formation of water and even complex organic molecules. How water is delivered to Earth and rocky extrasolar planets is one of the most fascinating scientific questions we want to answer. Protoplanetary disks are members of the wider class of accretion disks transporting mass to the central star and angular moment to the outer disk regions. Viscosity produced by turbulent motion is the driver of these transport processes. After about 10 Myrs most of the disks lose their gas and enter the stage of debris disks where dust is produced by collisional processes among more massive bodies and a dynamical re-structuring of planetary systems can occur. Debris disks and their connection to exoplanets is another important research topic of our Department. 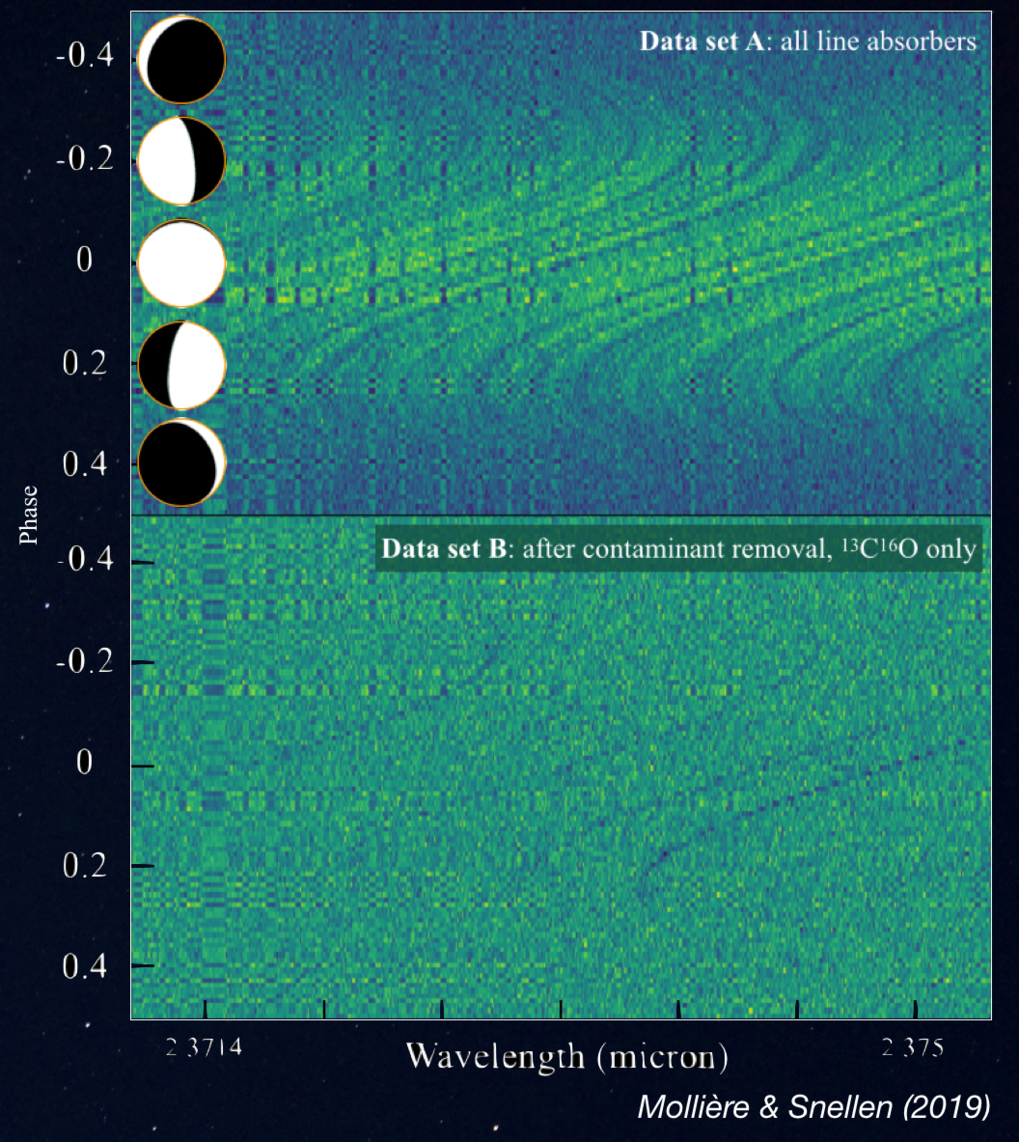 The field of exoplanet atmospheric studies is fast developing. A new, very powerful technique is to analyze the high-resolution spectra of exoplanets. During observation the light collected by the largest telescopes is passed through a high resolution spectrograph. The resulting optical and near-infrared spectra resolve individual lines of atoms and molecules in the observed exoplanet.

However, the lines of the planet are far too weak to be discerned in the photon noise of their host star. Here the powerful technique of cross-correlation can help. It shifts a theoretical line mask over the observation, collecting the signal of many individual lines. This method works well, and has been used to detect atoms, ions, and molecules in the past. It also allows to measure wind speeds and spin rates of exoplanets.

In this project the student will create theoretical high resolution spectra with an existing code, and cross-correlate them with mock observations. The question that will be answered is how difficult it is to detect isotopologues (the molecular equivalent of isotopes) in the atmosphere of so-called hot Jupiters. These are gas giant planets in a close-in orbit around their star. The temperatures in their atmospheres can reach a few thousand K. Carrying out the cross-correlation many times, and assessing the quality of the signal, allows to derive the distribution of parameters describing the atmosphere: temperatures and molecular composition. To find these distributions techniques such as Markov Chain Monte Carlo (MCMC) or Nested Sampling will be used. The goal is to find out how reliably the atmospheric temperature profile can be deduced from the observations, and how well abundance ratios of isotopologues can be constrained.

Interested and motivated students should have experience in programming in Python, as well as using Unix-based operating systems such as Linux. Moreover, basic knowledge of the principles of radiative transfer is desirable.