Today several thousand exoplanets, planets around stars other than our Sun, are known. Interestingly, the masses and radii of the exoplanets discovered so far, revealed especially by the Kepler survey and ancillary observations, appear hugely diverse: from massive, scorching hot Jovian mass to rocky planets in sizes and radii similar to Earth. 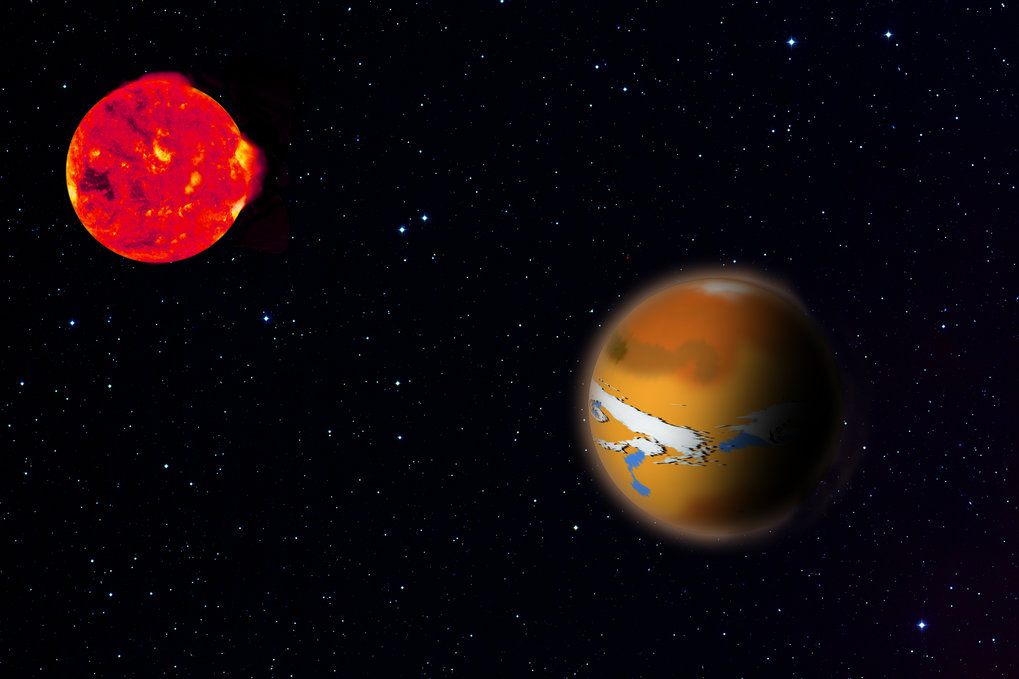 Most surprisingly, it was found that the most common type of exoplanets have no counterpart in the Solar System. These are Super-Earths and Mini-Neptunes with masses between those of the largest rocky planet (Earth) and the smallest gas planet (Neptune) in the Solar System. Furthermore, rocky potentially habitable exoplanets were discovered in planetary systems in the Solar neighborhood. E.g. the nearest star to the Earth, Proxima Centauri, a red dwarf star, hosts a Super-Earth, which could be potentially habitable with the right atmosphere composition.

What are the properties of these exoplanets? Do they have atmospheres and what are these composed of? How did Super-Earths, Mini-Neptunes and gas giant planets form? How do rocky exoplanets around red dwarfs evolve compared to rocky planets in our own Solar System? Can some of these worlds harbor life?

The PSF department is not only taking a leading role in the development of new instruments dedicated to future exoplanet research (MIRI for the James Webb Space telescope and METIS for the Extremely Large Telescope), researchers at the institute are also leading observational campaigns to observe the atmospheres of exoplanets with state-of-the-art telescopes, like the Very Large Telescope (VLT), the Large Binocular Telescope (LBT) and CARMENES.

To be able to detect the very faint signals from the exoplanet atmospheres MPIA is developing high precision data calibration procedures and retrieval methods of the physical parameters which determine the atmospheric structure of exoplanets. This is done for both transiting as well as spatially resolved systems.

Modelers at the institute are further investigating all properties of the observed exoplanets: From their interior structure, their temperature structure and chemical atmosphere composition, to clouds and weather patterns on these alien worlds. Furthermore, PSF researchers are investigating how the Earth evolved to become habitable and if other rocky worlds beyond the Solar System could also be habitable.