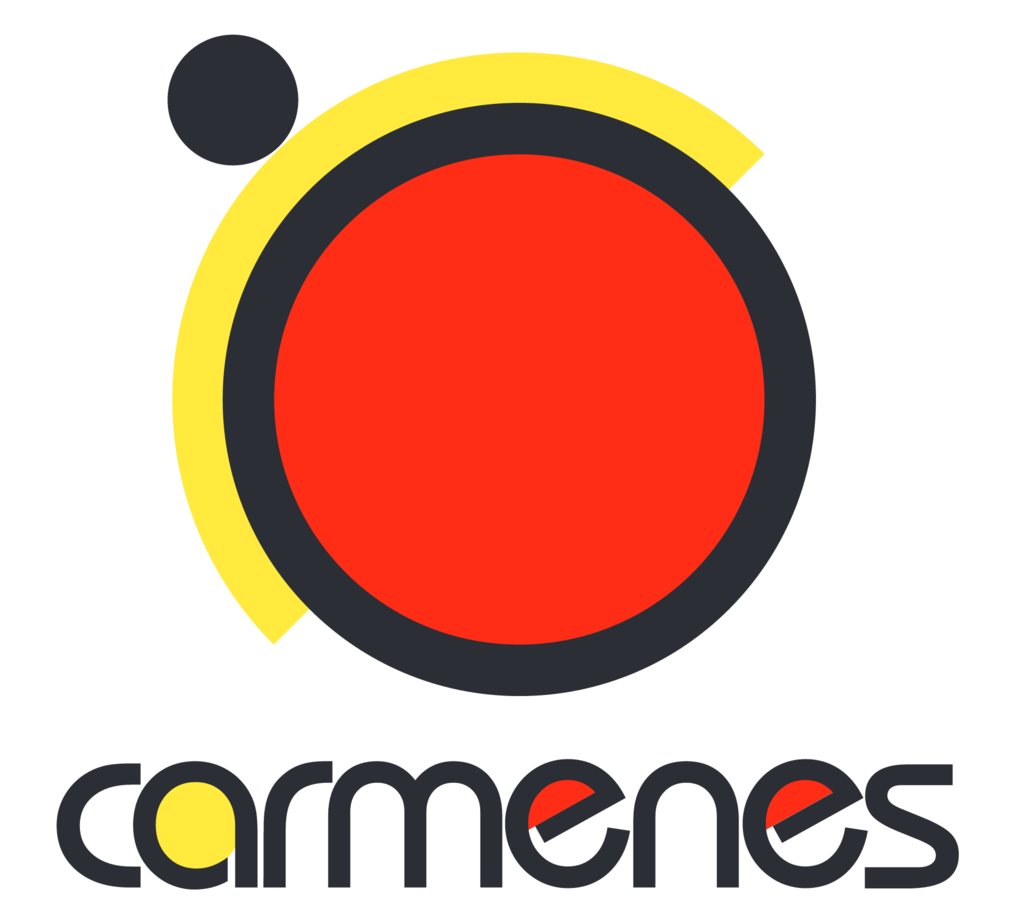 CARMENES is a twin high-resolution spectrograph at the 3.5m telescope on Calar Alto. It was built by a consortium of five German and six Spanish institutes and designed to carry out a precision radial velocity (RV) survey of 300 nearby M dwarfs in search for orbiting exoplanets. This survey was started in January 2016 and will use a total of 750 guaranteed nights. The instrument has both a visual and a near-infrared channel covering 520 - 960 nm and 960 - 1710 nm, respectively, at a resolving power of R ~ 90,000. A dual fibre-link from the Cassegrain focus of the 3.5m telescope feeds both spectrographs. The visual channel of CARMENES has a demonstrated RV measurement precision of ~ 1 m/s, well comparable with that of other state-of-the art instruments designed for this purpose. Due to its wavelength coverage that extends relatively far into the red part of the spectrum (up to 960 nm) the CARMENES visual channel is particularly suitable to identify false positives in the form of spurious RV signals that are not caused by orbiting planets, but iinstead by stellar activity, i.e. rotationally modulated star spots. The reason for this is that the amplitude of star spots signals is strongly wavelength dependent, and that this effect, dubbed "chromaticity", is most pronounced around 800 nm. In order to be able to claim an exoplanet discovery it is important to understand and account for these activity-related signals. The precision of the near-infrared channel is not quite as high than that of the visual one due to the lower RV information content (in terms of spectral lines) at the wavelengths it covers. Nevertheless, moderately strong RV signals can also be observed in the near-infrared channel, which suitably extends the applicable range for studies of the chromaticity.

Thousands of extrasolar planets in the immediate Solar neighborhood remain unexplored, many of them are expected to be roughly Earth-sized and in temperate, potentially habitable orbits. The ExoEarth Discovery and Exploration Network(EDEN) transit survey is a large-scale search for habitable Earth-sized planets around nearby low-mass stars. These M-type stars represent the largest population of stars in the universe but impose great observational challenges due to their intrinsic faintness. In contrast to most ongoing and past surveys, the EDEN team utilizes large research telescopes (0.8m–2.4m), which allows for efficient probing of the habitable zones even of the faintest of these stars.

The full-scale survey was launched in 2018 and is currently using a total of 8 telescopes at 6 sites around the globe. EDEN is an international collaboration with teams on three continents and is led by Prof. Daniel Apai at the University of Arizona. As a major contractor, MPIA contributes more than 100 nights with the Calar Alto 1.2m telescope to help accomplish the ambitious goal of finding closeby habitable planets. These observations are conducted by a local team of currently 11 PhD students, enabling them to gain hands-on experience with a professional research telescope. 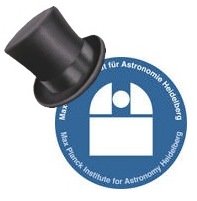 HAT-South is a collaboration among the Max Planck Institute for Astronomy, the Princeton University, the Australian National University, and the Pontificia Universidad Catolica de Chile. It consists of a network of six identical, fully automated wide field telescopes, located at three sites in the Southern hemisphere. Each of the three sites operates two TH4 instruments, for increased sky coverage and redundancy in case of failure. Every TH4 instrument has a mosaic field of view of 8°×8°, so each site monitors 128 square degrees of sky. The primary purpose of the project is to detect and characterize a large number of extrasolar planets transiting nearby bright stars. The three sites permit near round-the-clock monitoring of selected fields, and the continuous data-stream greatly enhances recovery of planetary transits. 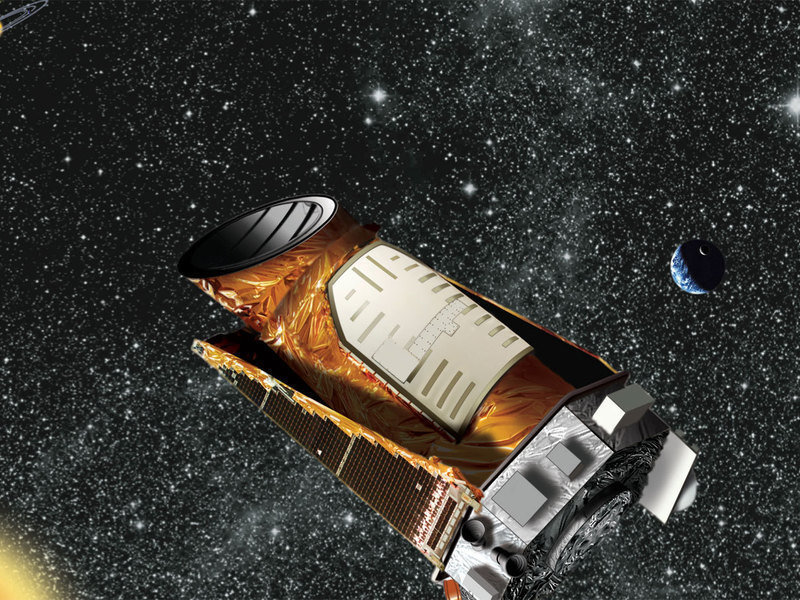 Kepler is the second space mission for detecting transiting planets orbiting around other stars. It consists of a space 1m-class telescope that was launched by NASA in March 2009, and designed to photometrically survey a fixed portion of the Milky Way. Kepler monitored the brightness of over 145,000 main sequence stars, looking for possible periodic dimming caused by extrasolar planets crossing in front of their host star. In four years of continuous observations, Kepler completely revolutionized the field of transiting planet system detection. Indeed, its location in space and high spatial resolution result in a very low rate of false positives, allowing it to identify 1030 new planets and more than 4500 candidates. Unfortunately, the failure of two of the four reaction wheels (used for precisely pointing the spacecraft) disabled the collection of science data on the field designed by the primary mission. However, Kepler reincarnated as the K2 mission and is still continuing to pursue the goal of planet detection with a new observational strategy. Although the main mission of Kepler has been terminated by technical problems, its archive remains rich in untapped results and there may be many planet candidates, hidden in the data, waiting to be found and/or confirmed. 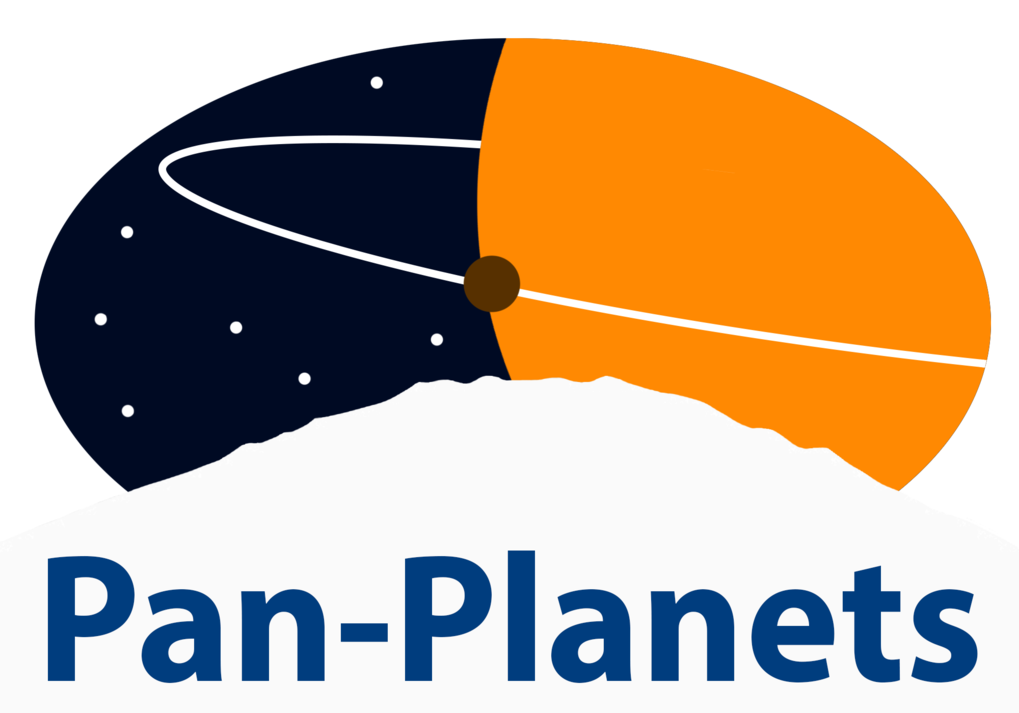 Pan-Planets is a transit survey that is taking advantage of the unique properties of the 1.8m Pan-STARRS1 telescope, namely a large field of view (7 square degrees) and a record-breaking resolution of 1.4 Gigapixels. With a complete field of view of 42 square degrees (seven overlapping fields) and more than 4 million stars with high-quality photometry, the survey aims to determine the currently uncertain occurrence rate of Hot Jupiters around M dwarfs, the smallest and coolest main sequence stars in the galaxy. Over 60000 M dwarfs have been identified in this sample, more than in any other survey, allowing for an excellent statistical analysis. 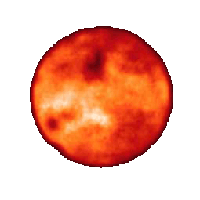 The CONICA Spectral Differential Imager (SDI) upgrade is a 4-channel imager, observing simultaneously in three distinct wavelength bands between 1.56 micron and 1.64 micron. CONICA SDI is taylored towards the detection of T- and Y-class companions to nearby young stars, and is capable of reaching brightness contrasts of δH = 10.36 mag for a T6 object at 5-σ in 10-25 minutes at a separation of 0.5" from the target star. 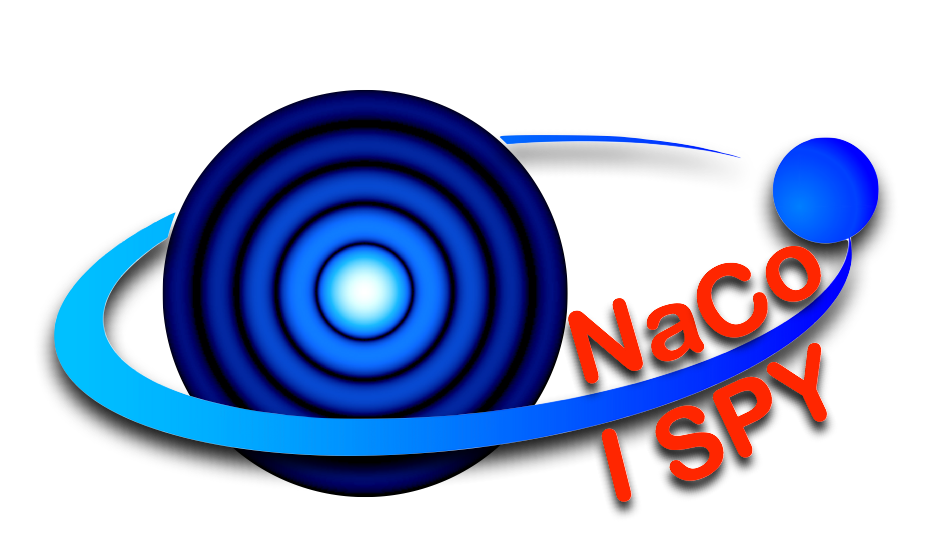 The NaCo survey for giant planets around nearby stars is a large GTO project to directly image extra-solar planets in L-band on a VLT unit telescope (UT) at ESO's Paranal observatory. The survey starts in December 2015 and is carried out jointly by the three partners of the former PRIMA-DDL consortium: MPIA, LSW, and University of Geneva. The main scientific aim of this survey is the revelation and characterization of the theoretically hypothesized but largely unknown wide-separation (>10au) planet population that may originate from a mix of in-situ formation and early dynamical evolution. Although the survey will be partially overlapping with other state-of-the-art large exoplanet imaging surveys, like with SPHERE or GPI, it will cover a different parameter range by exploiting the L-band sensitivity of NaCo to lower-mass and older planets.

SEEDS (The "Strategic Exploration of Exoplanets and Disks with Subaru) is a Subaru-HiCIAO-AO188 direct imaging survey, searching for giant planets (1 MJ < mass <~13 MJ) and protoplanetary/debris disks mainly around ~500 nearby solar-type or more massive young stars. The ages of our exoplanet target stars span ~1-10 Myr for YSOs in nearest star forming regions, through ~100-500 Myr old stars in nearby open clusters, to ~1 Gyr old nearby stars. Proposed to be conducted within 5 years, the survey is now at its half-way point and a number of confirmed detections have been published. 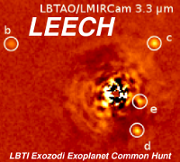 LEECH (LBTI Exozodi Exoplanet Common Hunt) is a large programme taking advantage of LBT's unique adaptive optics systems and image quality in the 3 to 5 micron range. The survey, which is carried out in parallel with NASA's exozodi key science program, is running from 2013 to 2016. The goals of LEECH are to (1) discover new exoplanets, (2) characterize the atmospheres of newly discovered planets, (3) characterize the architectures of nearby planetary systems, and (4) establish meaningful constraints on the prevalence of wide-separation exoplanets. Compared to other direct imaging surveys, planets discovered by LEECH will be older and around more nearby stars. Finding older planets will enable studies of the evolution of exoplanet atmospheres.

SPHERE is a project to directly image extra-solar planets on a VLT unit telescope (UT) on ESO's Paranal observatory. This ambitious goal will be achieved by constructing an instrument that offers a unique combination of eXtreme Adaptive Optics (XAO), coronography, and three differential imaging-capable focal plane instruments. The instrument will be operated in survey mode and spent about 500 nights searching the sky for nearby exo-planets of Jupiter-size and at ages ranging from a few million years to some gigayears.

The WINE collaboration
To date, the vast majority of thoroughly characterized exoplanetary systems (i.e., those for which we have precise masses and radii, most of which transit their stars) are part of the so-called "hot Jupiter" family --- exoplanets in short-period orbits (and thus, large equilibrium temperatures) whose detection and characterization is relatively easy to perform with current technology. In contrast, only a handful of transiting giant exoplanets in longer-period orbits (> 10 days and, thus, "warmer" in terms of their equilibrium temperatures) have been discovered and thoroughly characterized, as their longer periods makes them hard to detect with ground-based observatories. These so-called "warm" giant exoplanets, are in turn key to our understanding of the formation and evolution of giant exoplanets, including the giant planets in our own Solar System. It is in this context that the *W*arm G*I*a*N*ts with T*E*SS (WINE) collaboration was formed --- a multi-institutional effort involving researchers from the Max-Planck Institut fuer Astronomy (MPIA) in Germany, the Pontificia Universidad Católica de Chile (PUC) and Universidad Adolfo Ibañez (UAI) in Chile and the Space Telescope Science Institute (STScI) in the United States --- which is aimed at the detection and characterization of these warm giant exoplanets using data from the Transiting Exoplanet Survey Satellite (TESS) mission. The main goal of the project is to perform a systematic study of warm giant exoplanets starting with their detection and follow-up using ground-based facilities, to the understanding of how these systems form and what they are made of. The project is currently led by Dr. Rafael Brahm (PUC), Dr. Néstor Espinoza (STScI), Prof. Dr. Thomas Henning (MPIA) and Prof. Dr. Andrés Jordán (UAI).