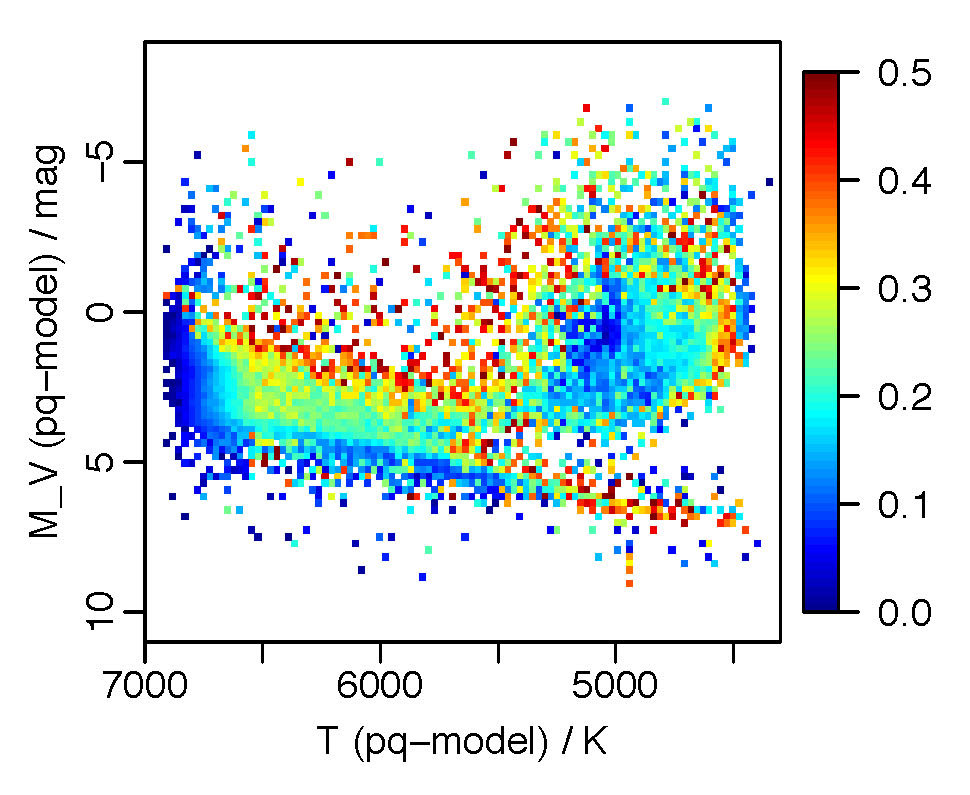 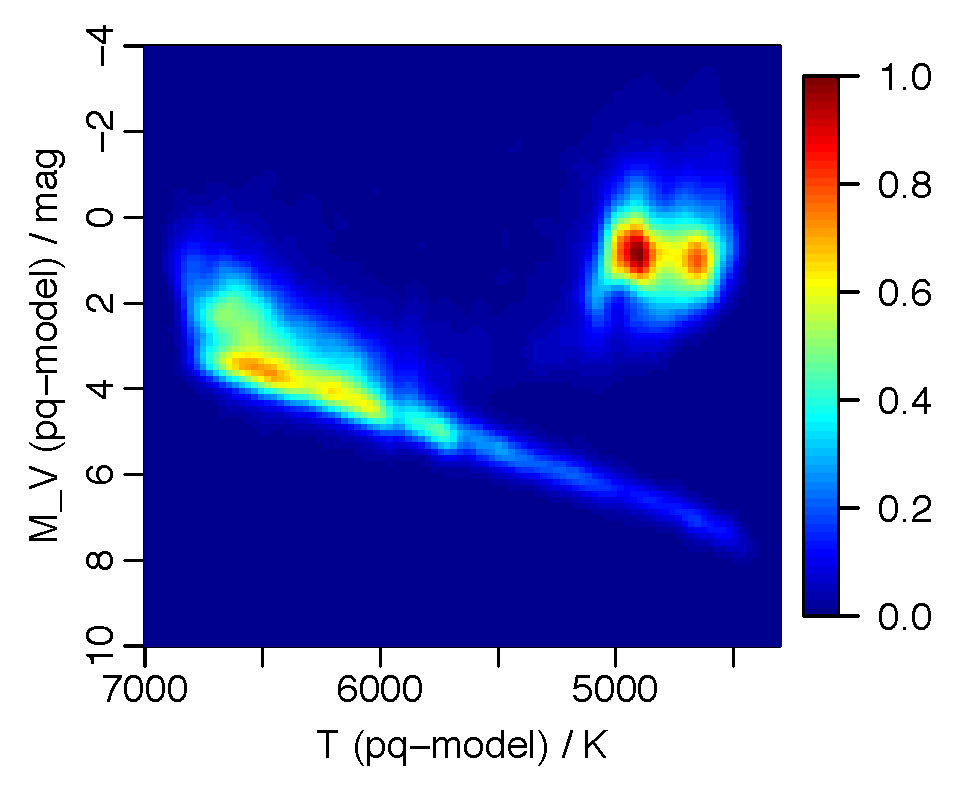 The standard way of deducing the parameters of stars is to compare their observed spectra, or colours, with those spectra predicted by models. This can be done using the BP/RP and/or RVS spectrographs on Gaia (as done, for example, by ILIUM). Yet because Gaia will measure accurate distances to many stars, we can use the distance along with the apparent magnitude in order to estimate the absolute (intrinsic) magnitude, a fundamental property of any star. However, this is only possible if the amount of interstellar absorption is corrected for. While this absorption can in principle be estimated from the photometry or spectrum, its determination is then often very degenerate with the effective temperature of the star, meaning that neither can be estimated very accurately.

We have developed a method for using not only the spectrum, but also the parallax and the laws of stellar evolution, in order to better constrain the stellar parameters. This method provides not just a single parameter estimate for each star, but a probability distribution over the estimated parameters, thereby providing a useful measure of uncertainty on the estimates.

The method has been applied to a set of 85 000 stars with Hipparcos parallaxes and optical/infrared BVJHK photometry. The left picture above shows the inferred parameters of these stars plotted in the Hertzprung-Russell diagram, using a colour scale to indicate the relative density of the stars. Clearly observable is the stellar main sequence, above and to the right of which lie the giant stars. The right picture shows the same data, but now using the colour scale to illustrate the average interstellar absorption at each point.

This method is under development within Coordination Unit 8 in the DPAC, and is currently being implemented into the Gaia data processing pipeline. It is also being extended further, e.g. to include metallicity and an adaptable mode of the Galactic extinction.

The method and further results are described in more detail in this article in MNRAS. A catalogue of the parameter estimations is also available there.

The following is a map in Galactic coordinates of the extinction across the sky using the results from this model. 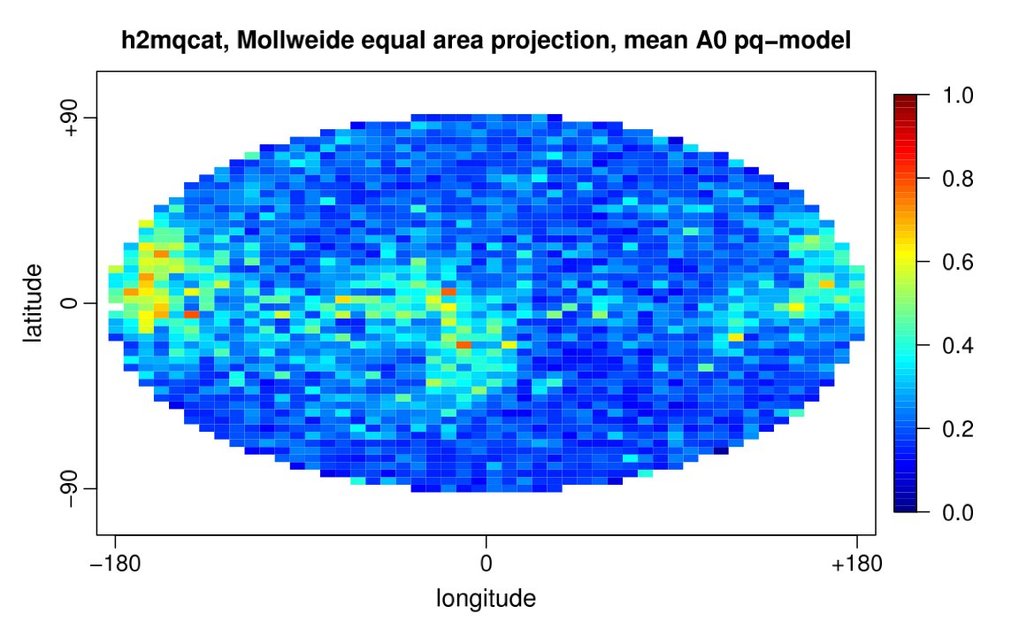 Below is the HRD of 137 stars in the Hyades cluster, with temperatures, extinctions and absolute magniutdes estimated from this model (along with 1sigma Gaussian confidence intervals on the estimates; the covariance between the uncertainties is not show) Extinction (A_V) is shown on the colour scale in units of magnitude. 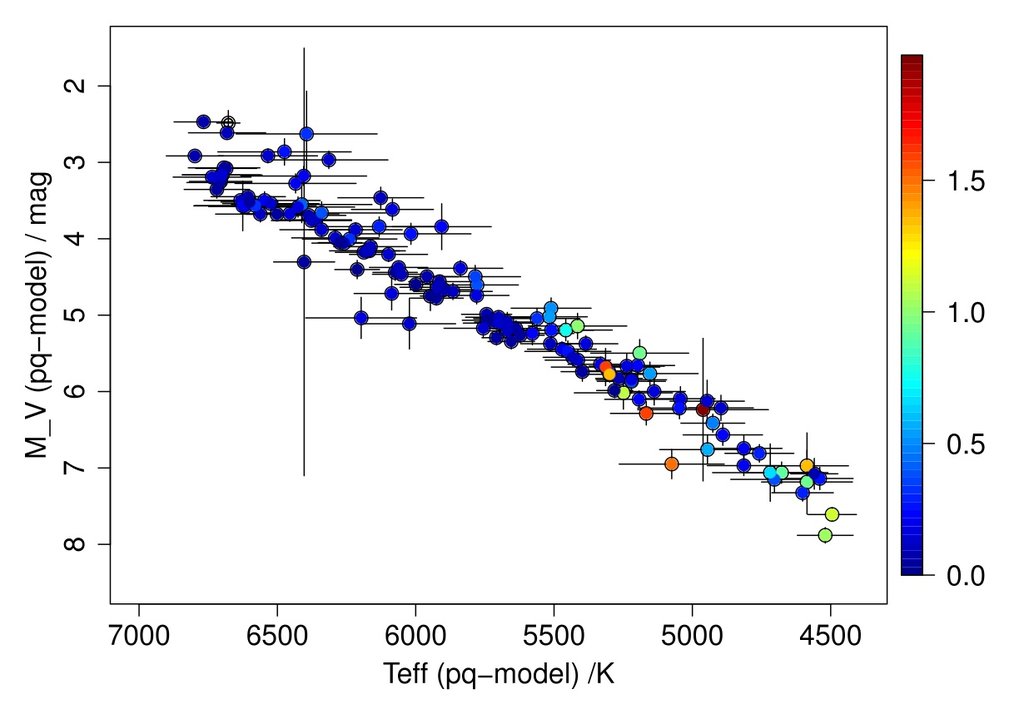