Validation of science data from the CU8 Apsis chain 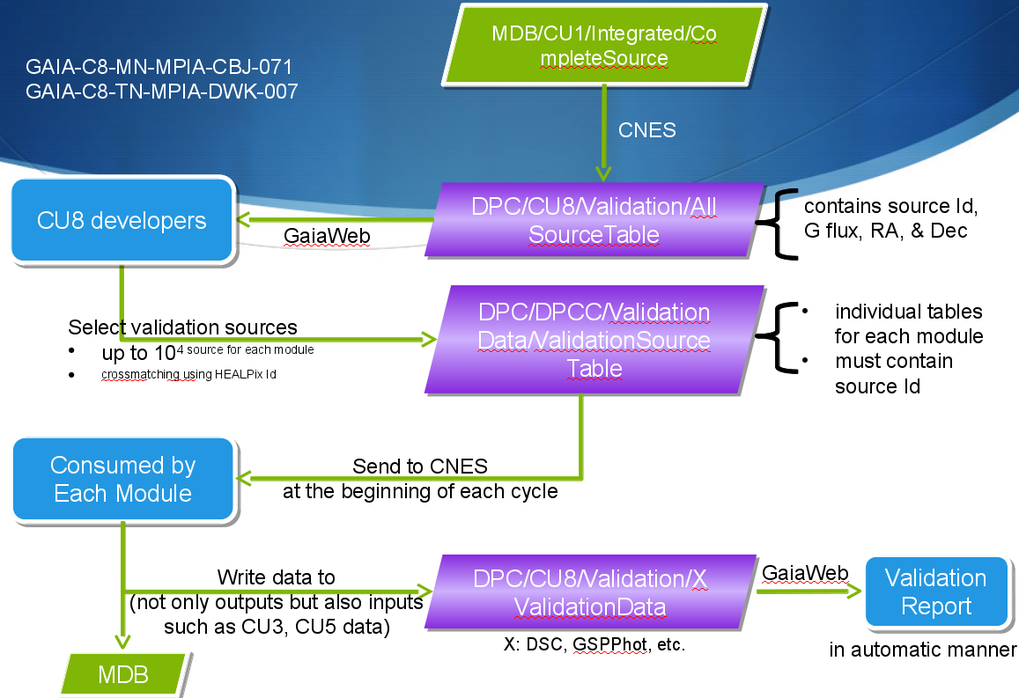 During Gaia operations, CU8 APSIS software such as DSC and GSP-Phot will produce outputs including source classification (e.g. stars, galaxies, QSOs) and astrophysical parameters (e.g. temperatures, extinctions, etc).  In order to assess these outputs, it is necessary to examine them in various ways such as plotting figures, calculating statistical quantities, etc., which is referred to as the internal validation. In addition there should be an external validation, which compares the Apsis results with other published results on the same objects.

Figure 1 summarizes the validation processes. The basic idea is that each module developer (or WP manager) produces a Validation Source Table listing the Gaia sources he/she would like to obtain Gaia data on (APSIS inputs and outputs) for validating his/her module. These data are then written to a dedicated table during the APSIS chain run. These output tables can then be downloaded by the developer and (manually) examined/compared with external catalogue. There is no automated validation and no separate validation chain. 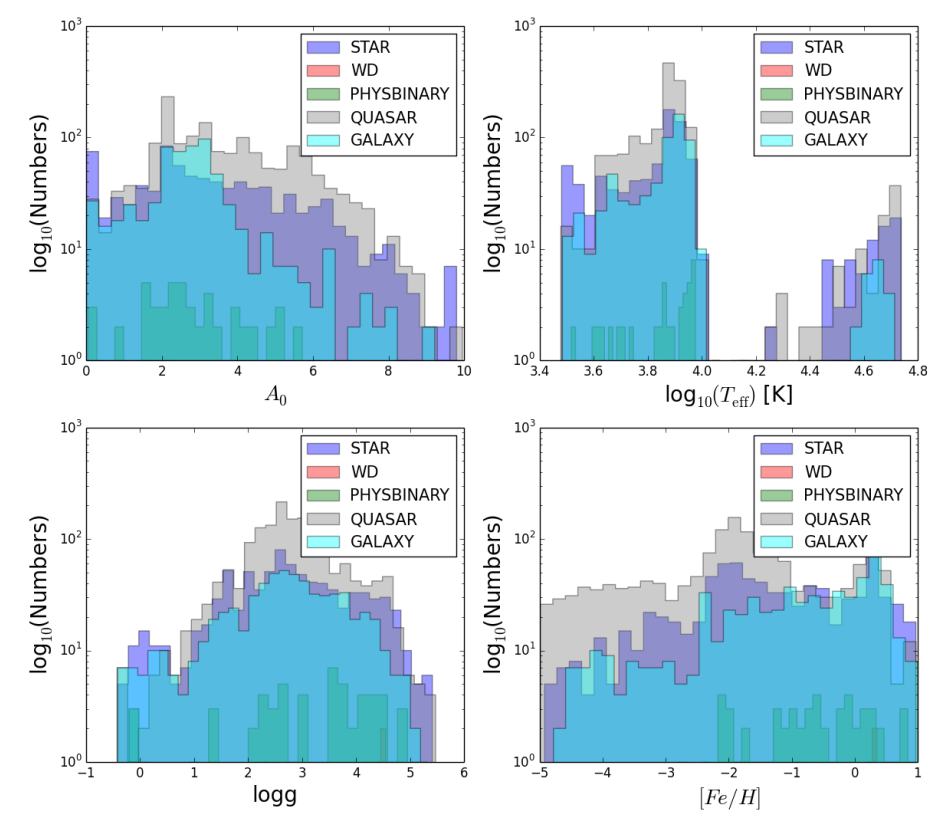 Module developers should examine the output tables by calcuating statistics and/or plotting various figures. Figure 2 is one example of such validation figures showing a histogram of astrophyslcal parameters estimated using GSP-Phot.