In cold and dense molecular clouds, atoms and simple molecules condense onto submicron size dust grains and forms new molecular species. Many complex organic molecules (defined as carbon-containing molecules with at least 6 atoms) are formed on grain surface instead on in the gas phase. We use the two atomic/molecular beam lines to deposit reactants onto a dust grain analogue and then uses a combination of Fourier Transform Infrared spectrometry and temperature programmed desorption (TPD) techniques to identify and quantify the molecules that are formed on the grain surface. 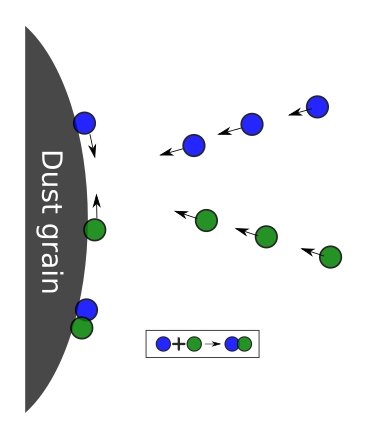 Sticking is the first step of grain surface chemistry. Atoms and molecules in the gas phase that collide with the grain surface can either be bounced back to the gas phase or stick to the surface and participate in the chemistry in the solid state. Quantifying the sticking coefficient of atoms and molecules on realistic grain surface is therefore important to the chemistry in the interstellar medium. We use the time-resolved surface scattering technique to accurately measure the sticking rate. 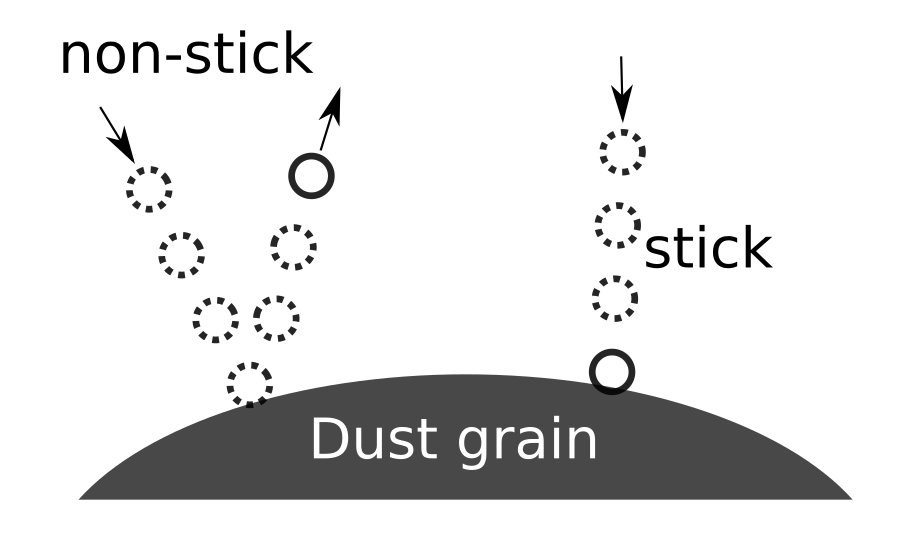 Atoms and molecules on the grain surface diffuse to react with each other and therefore form new chemical bonds. We measure the diffusion rate on the surface of amorphous silicate and amorphous water ice, which are two surfaces relevant to interstellar environment.

Dust grains in dense clouds are typically covered by an ice mantle composed of H2O, CO2, CO, NH3, CH4, CH3OH and other minor components. The composition of the ice mantle is mostly determined by comparing the observed infrared absorption spectra in interstellar clouds with laboratory measurements of ices. We measure the infrared spectra of interstellar relevant ices under various physical conditions. Our measurements are useful in interpreting the observed spectra in space, and in characterization of the physical and chemical environments of the ice mantle.

Formation of complex organic molecules by energetic processing of ices

The ice mantle on dust grains is subject to bombardment of cosmic rays and UV photons. Complex organic molecules can be formed in the “energetic processing” of ices. We are currently in the construction of new UHV setup dedicated to the formation of complex organic molecules, particularly those relevant to the origin of life. 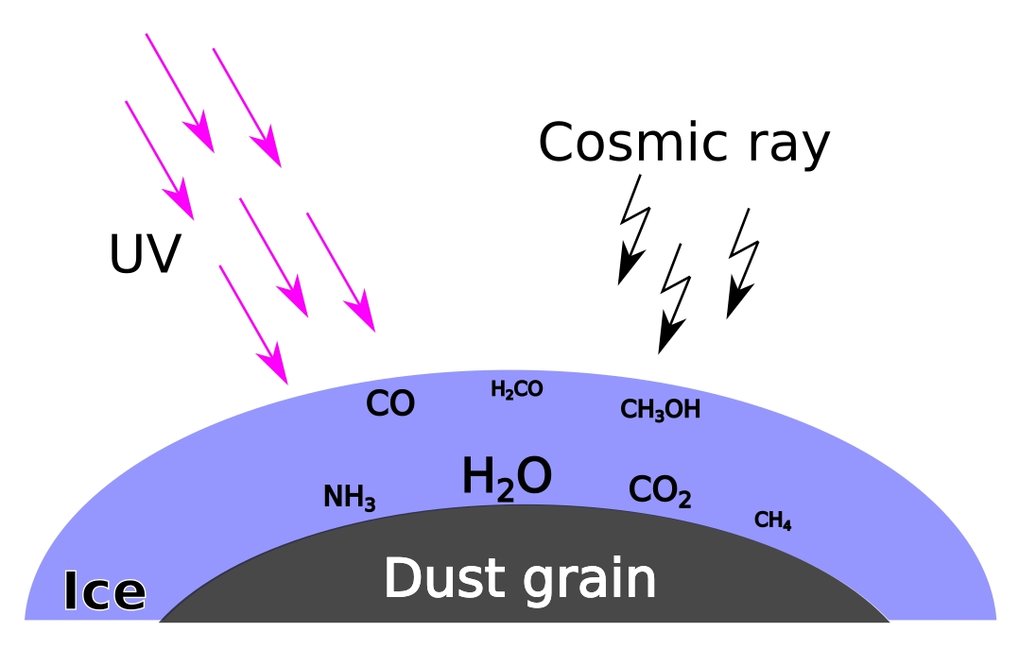