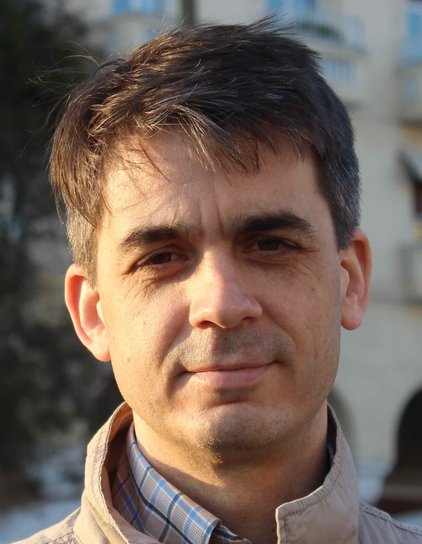 Close Encounters of the Stellar Kind 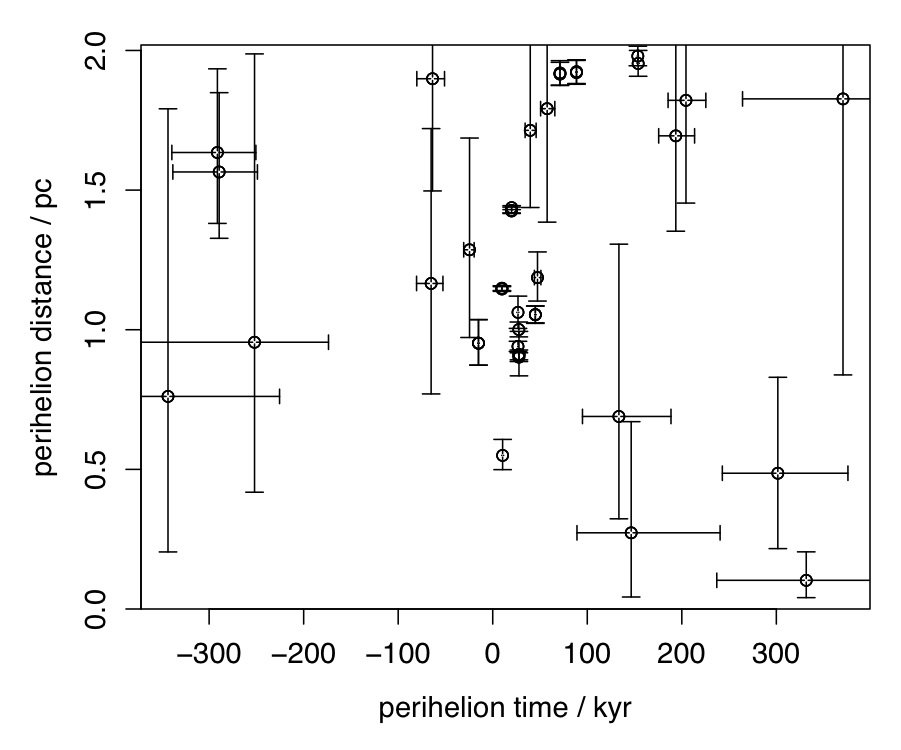 Stars are in constant relative motion, and inevitably, some will come close to the Sun. But how close? And what effect (if any) might they have? A sufficiently close encounter could perturb the orbits of comets in our Oort cloud, a primordial reservoir of billions of comets in the outer solar system extending to perhaps 0.5 pc (100 000 AU) from the Sun. Gravitational perturbations could push these comets onto orbits which send them into the inner solar system, where they could in principle collide with the Earth. Almost 200 impact craters have been identified on the Earth with ages of up to two billion years (many more craters have presumably long eroded or not yet been found). Some of these craters may be the result of impacts by such comets, and a large impact would have serious consequences for life on Earth.

Although Earthlings have nothing to worry about when compared to home-grown risks, it is nonetheless interesting to investigate how close stars have come - or will come - to the Sun. This can be done by measuring the current positions and velocities of stars, then tracing their orbits forwards and backwards in time within the gravitational potential of the Galaxy. Large-scale investigations like this only became possible with the advent of the Hipparcos catalogue in the late 1990s, a particularly notable study being that of Joan Garcia-Sanchez and colleagues in 2001.

Now, in a paper published in A&A, Coryn Bailer-Jones has tried to improve upon earlier studies. He uses the 2007 Hipparcos reduction by Floor van Leeuwen, adds more recent radial velocity measurements, and performs a comprehensive uncertainty analysis (by using Monte Carlo sampling to infer the probability distribution over the close encounter times and distances). Analysing some 50,000 Hipparcos stars, he confirms a number of previously discovered encounters, but also discovers several more. The above figure shows the closest encounters found in this study. For the full set of encounters, see the figures in the original paper. The closest encounter is apparently Hip 85605, which is found to have a 90% chance of approaching to 0.04 and 0.20 pc between 240 and 470 kyr from now (90% Bayesian confidence interval). However, as he stresses in the paper and the accompanying FAQ, the astrometric data for this star remain uncertain, so this result may be an artefact. The closest encounter with more reliable data is the rather unremarkable K dwarf, GL 710, calculated to encounter in 1.30-1.48 Myr at a distance of 0.10 to 0.44 pc (90% confidence intervals). The exact effect of such an encounter still needs to be modelled.

The results are of course limited by the available data. These will be greatly extended by Gaia, which will provide more accurate astrometry to fainter and more distant stars. Provided that reliable radial velocities can also be obtained, this will improve the space volume completeness and extend the time horizon of encounter studies, allowing also a more reliable statistical evaluation of the encounter rate than was possible with Hipparcos. Closer encounters await discovery.