On November 30, 2018, the solemn ceremony of the Ernst-Patzer Prize for the promotion of young scientists was held in the auditorium of the Max Planck Institute for Astronomy (MPIA). This year, the awards were given to Michael Hanke (ARI/ZAH), Miriam Keppler (MPIA) und Mattia Sormani(ZAH/ITA). 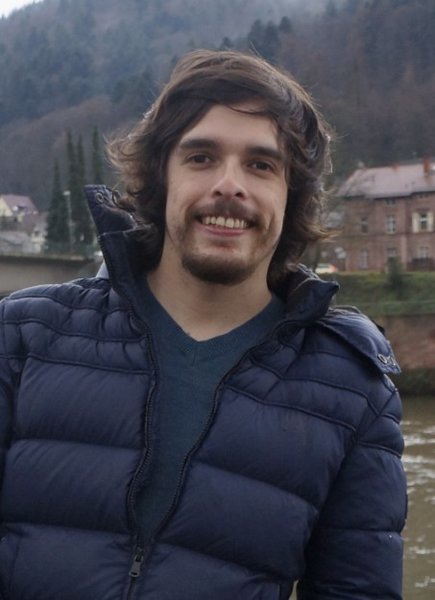 As one out of six international research talents, Paola Pinilla will be awarded the prestigious Sofja Kovalevskaja Prize by the Alexander von Humboldt Foundation in November 2018. This will enable the young scientist to set up her own research group at the Max Planck Institute for Astronomy in Heidelberg starting next year.

With a prize money of up to 1.65 million Euros, the Sofja Kovalevskaja Prize is one of the most renowned scientific awards in Germany. It is financed by the Federal Ministry of Education and Research and aims in enabling outstanding young scientists to set up a working group for an innovative project at a German research institute of their choice.

One of the prize winners is Dr. Paola Pinilla from Colombia, who will start in 2019 at the MPIA to investigate the formation of new planets. She will set up her new research group in the Planet- and Star Formation - department (PSF) of MPIA Director Prof. Dr. Thomas Henning.

Paola Pinilla already knows Heidelberg and its astronomical research very well since she completed her PhD in 2013 at this place. After moving to the University of Leiden in the Netherlands, she is currently researching with a NASA Hubble Fellowship at the University of Arizona in Tucson, USA.

A commentary by David Deamer is available.

Listen to an interview with Ben K. D. Pearce

Paul Mollière has been awarded the renowned Otto Hahn Medal by the Max Planck Society (MPG). The award at the annual meeting of the MPG in Heidelberg honored his comprehensive investigation of the structure of atmospheres of extrasolar planets and the analysis of their spectra. Asmita Bhandare received another award for her poster on star formation at the EPoS conference in Ringberg.

With the Otto Hahn Medal - named after the famous German chemist and Nobel Prize winner - the Max Planck Society (MPG) annually honors some of its outstanding young scientists. At the Annual Meeting of the MPG 2018 in Heidelberg, Paul Mollière was awarded as one of 10 scientists of the Chemical-Physical-Technical Section of the MPG.
Paul Mollière worked until autumn 2017 at the Max Planck Institute for Astronomy (MPIA Heidelberg) in the Planet- and Star Formation department (PSF) headed by Director Thomas Henning. Then he moved to the Leiden Observatory (Netherlands). During his current postdoc position, he continues his work within the scope of his former dissertation in Heidelberg in the field of exoplanets and their atmospheres.

Another award went to PhD-student Asmita Bhandare, who also works in the MPIA PSF-Department. She received the prize for the best scientific poster ("First core properties: from low- to high-mass star formation", Bhandare, A., Kuiper, R., Henning, Th., Fendt, C., Marleau, G. D. and Kölligan, A.) at this year's EPoS conference at Ringberg Castle at Lake Tegernsee. EPoS stands for "The Early Phase of Star Formation" and is a renowned conference with international participants that has been taking place every two years since 2006.