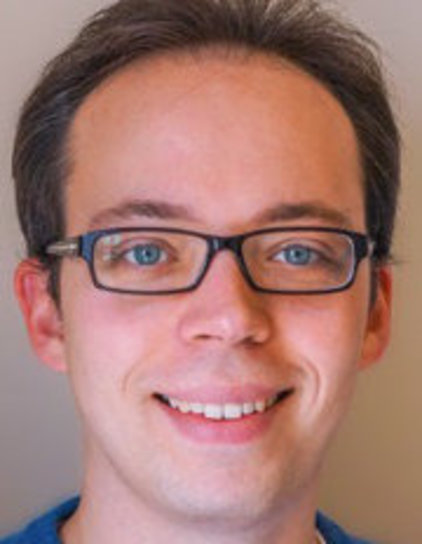 A nursery for Earths or Super-Earths: Most detailed image yet of inner regions of protoplanetary disk

For the first time, observations of a protoplanetary disk around a distant star have shown structures as small (astronomically speaking) as the inner Solar system. The observations show an infant planetary system around the star TW Hydrae: a protoplanetary disk with ring-like structures, separated by gaps that could indicate the presence of planets. The images, taken with the ALMA observatory, show details in the inner part of the protoplanetary disk, including a gap at the same distance from the star as Earth is from the Sun. This gap could indicate the presence of a planet on an Earth-like orbit around TW Hydrae. 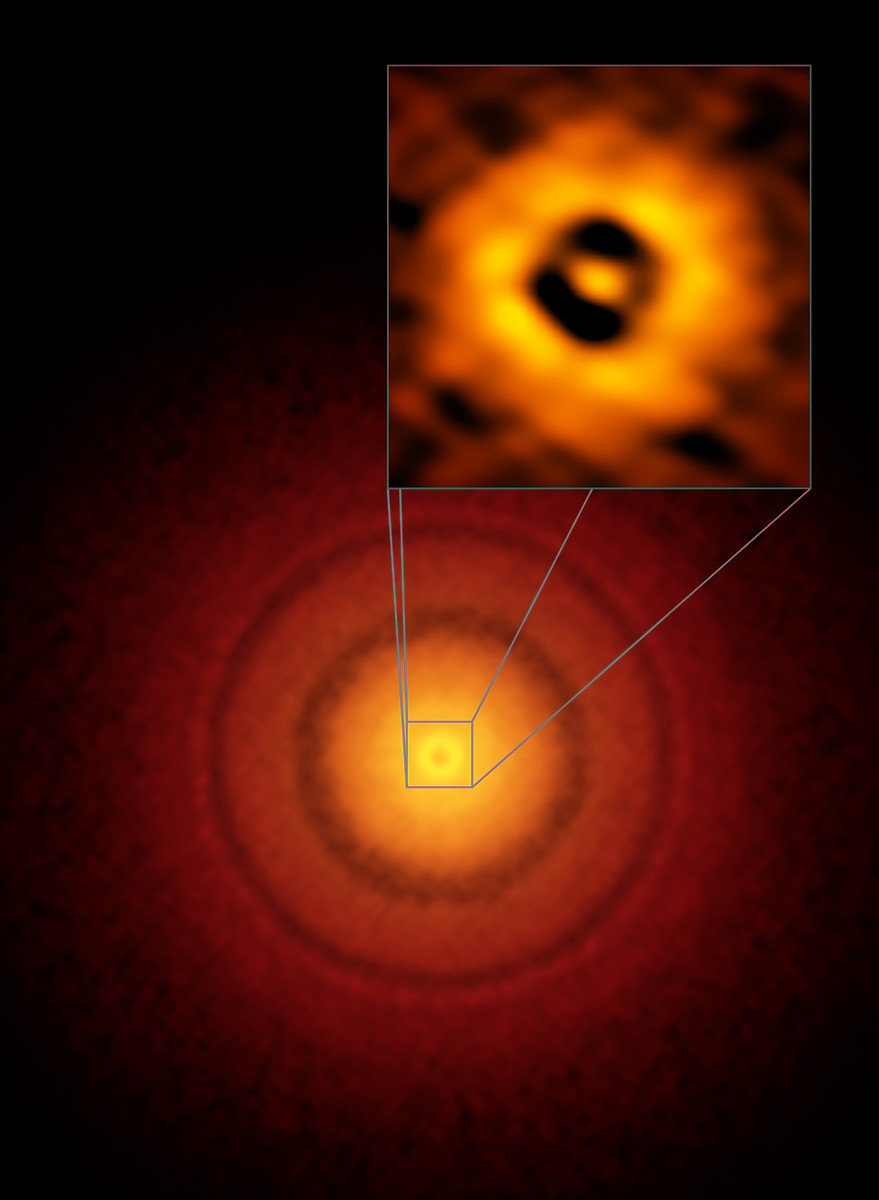 We cannot travel back in time and watch how planet Earth formed within a protoplanetary disk: a disk of dense gas and dust in which small grains of ice and dust clump to form larger objects that eventually grow into planets. The next best thing we can do: observe distant star systems that are at the same stage of development as our Solar System was roughly 5 billion years ago.

Astronomers are not quite there yet, but have now come an important step closer towards the goal of observing the genesis of other Earths: For the first time, their observations of a protoplanetary disk around a distant star have shown structures as small (astronomically speaking) as the inner Solar system. A tell-tale gap in the disk around the star TW Hydrae could be indirect evidence of a newly forming planet.

The gap has the same distance from TW Hydrae as the Earth-Sun-distance (1 astronomical unit). If the mechanisms of planet formation are analogous to those which operated in the early Solar System, this would be the probable birthplace of Earth-like planets or their larger cousins, the more massive Super-Earths.

TW Hydrae is a young star in the constellation Hydra, which is surrounded by a protoplanetary disk of gas and dust. At a distance of 176 light-years from Earth, this is one of the closest protoplanetary disks known, giving astronomers an unparalleled view of this highly interesting object. Consequently, this has long been one of the best-studied protoplanetary disks. But until a few years ago, all such studies were indirect and did not provide direct images of the disk and its structure.

From late 2014 onwards, the newly operational ALMA observatory set new standards for the observation of dust in such disks. Dust is the raw material for Earth-like planets, and the solid cores of gas giants. And thanks to ALMA, dust structures could be mapped in greater detail, and at significantly higher sensitivity than before.

The most detailed observations yet

Now, a group of astronomers led by Sean Andrews (Harvard-Smithsonian Center for Astrophysics, Cambridge, Massachusetts) has used ALMA to produce an image showing the TW Hydrae disk in unprecedented detail, pushing ALMA's capabilities to the limits. Andrews says: "This is the highest spatial resolution image ever of a protoplanetary disk from ALMA, and that won't be easily beat going forward." In the next couple of years, even ALMA will not be able to resolve another disk much better than this.

The images clearly show rings and gaps in the protoplanetary disk, down to the innermost disk regions that would correspond to the inner regions of our own Solar system. ALMA had previously shown similar, although much wider rings in another disk around the star HL Tauri (for the details see the recent MPIA science release 2016-06). That disk is much younger, though - about 1 million years as compared to TW Hydrae's 10 million years - and the astronomers were somewhat surprised to find such very narrow, perfectly symmetric rings in such an old disk.

Tilman Birnstiel of the Max Planck Institute for Astronomy, who took part in the observations, says: "We know of a few mechanisms that may be able to create these structures. Magnetic fields, or certain kinds of flow instabilities, are two of the possibilities. The most exciting possibility is that the gaps are traces of planets orbiting TW Hydrae: The disk is sufficiently old for planets to have formed, and such planets are expected to sweep up gas and dust along their orbits, creating disk gaps."

Next up are the theorists studying planet formation, who will need to work hard to show how the new observational data fits into the current models of planet formation. Birnstiel adds: "Now, it's up to us theorists to find ways of deciding between the possible explanations for the gaps, and find the right one. But regardless of what the answer will turn out to be, this observation will be a milestone for our future understanding of planet formation."

The results described here have been accepted for publication as S. M. Andrews et al. "Ringed substructure and a gap at 1 AU in the nearest protoplanetary disk" in the Astrophysical Journal Letters.

Credit line for each of the images: S. Andrews (Harvard-Smithsonian CfA), ALMA (ESO/NAOJ/NRAO)