Galaxies are majestic, rotating wheels of stars? Not in the case of the spindle-like galaxies studied by Athanasia Tsatsi (Max Planck Institute for Astronomy) and her colleagues. Using the CALIFA survey, the astronomers found that these slender galaxies, which rotate along their longest axis, are much more common than previously thought. The new data allowed the astronomers to create a model for how these unusual galaxies probably formed, namely out of a special kind of merger of two spiral galaxies. The results have been published in the journal Astronomy & Astrophysics. 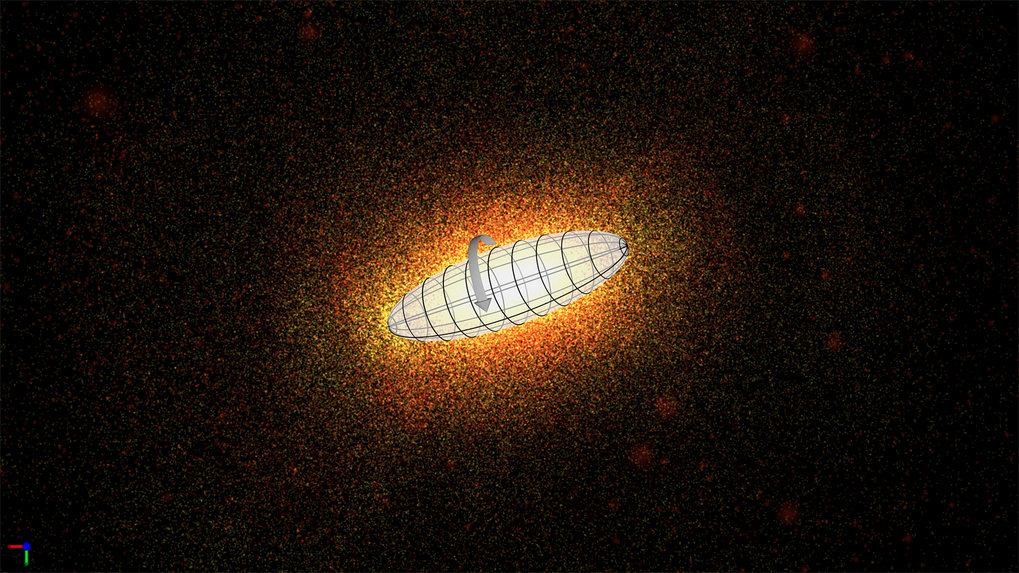 When most people think of galaxies, they think of majestic spiral galaxies like that of our home galaxy, the Milky Way: billions of stars, rotating in a flat disk similar to the way that a wheel rotates around its central axis. But there is another kind of galaxy, which used to be thought very rare: so-called prolate rotators, each shaped like a cigar, which rotates along its long axis, like a spindle.

Now, a group of astronomers led by Athanasia Tsatsi of the Max Planck Institute for Astronomy has completed a thorough study of these cosmic spindles. Using data from the CALIFA survey, a systematic study that examined the velocity structure of more than 600 galaxies, the astronomers discovered eight new prolate rotating galaxies, almost doubling the total known number of such galaxies (from 12 to 20). Cosmic spindles are considerably less rare than astronomers had thought!

Given the high quality of their data, the astronomers were able to propose a plausible explanation for how these cosmic spindles come into existence. In general, galaxies grow when they merge with other galaxies. Several mergers with smaller galaxies have made our own Milky Way the stately disk it is today. To make a cosmic spindle, two large disk galaxies need to collide at right angles, as shown in this animation: 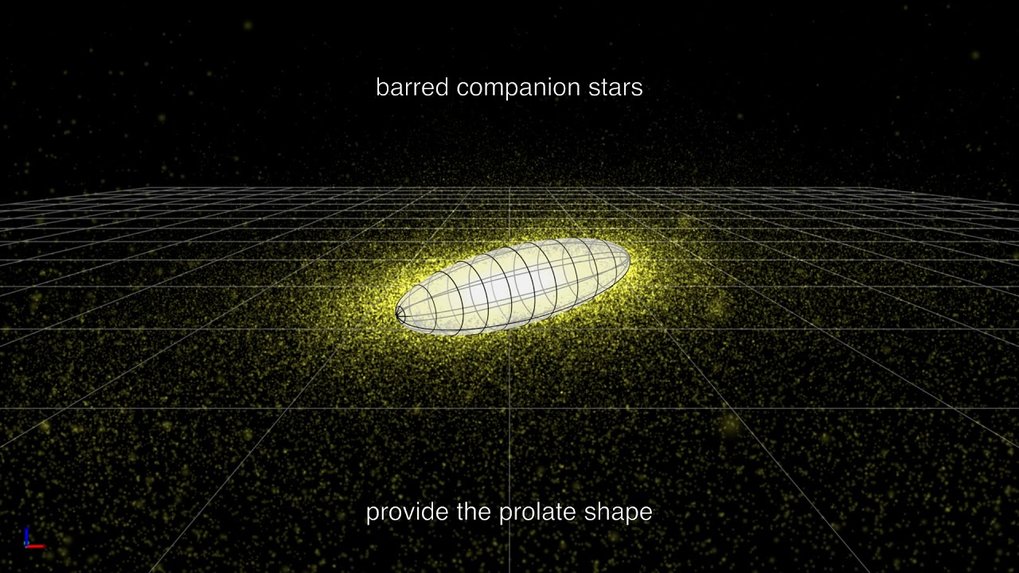 Movie: J. Chang, PMO / T. Müller, HdA
The formation of an elliptical galaxy in prolate rotation. The mechanism shown here was proposed by Athanasia Tsatsi and her colleagues in order to explain the recent discoveries of galaxies of this kind with the CALIFA survey. The formation involves a polar merger of two spiral galaxies. One of the spiral galaxies develops a marked elongated structure (a "bar," to use the technical term) before the merger, which gives the resulting elliptical galaxy its cigar-like (prolate) shape. The stars of the second spiral galaxy end up orbiting around the bar of the first companion. Together they form a cigar-shaped elliptical galaxy that rotates like a spindle around its long axis.

As the galaxies begin to interact via gravitational attraction, one of them forms a bar: an elongated structure near the center. That bar becomes the cigar-like shape of the merged galaxy, while the orbiting stars of the other galaxy imbue the merged galaxy with its overall sense of rotation.

The results are an interesting piece of the puzzle, explaining a likely formation scenario for an unusual, but not all that uncommon type of galaxy. Tsatsi's team of researchers having put to good use all the information contained in the CALIFA data, the ball is now in the court of the observing astronomers again: the merger simulations make some additional predictions for the detailed properties of prolate rotators. These cannot be distinguished with the current  observations, but could be tested with instruments like MUSE, the Multi Unit Spectral Explorer at ESO's Very Large Telescope, an 8-meter-telescope at Paranal Observatory in Chile.

Calar Alto Observatory was founded in 1979 and is located in Andalusia, Spain. It is operated jointly by the Max Planck Institute for Astronomy (MPIA) and the Astrophysical Institute of Andalusia (IAA-CSIC, Granada, Spain). The Observatory has granted 250 observing nights over the course of three years, using the 3.5 metre telescope for the CALIFA survey. This project is a joint effort of more than 80 scientists from 25 different research institutes in 13 different countries world wide.

The integral field spectrograph used for the CALIFA survey at Calar Alto Observatory, PMAS (in a special configuration called PPAK), uses more than 350 optical fibres to cover a field of view of one square arcminute (equivalent to the apparent size of a 1 euro coin placed at a distance of approximately 80 metres). This allows a complete extended object, such as a galaxy, to be fully mapped in detail in just one exposure.

For the CALIFA survey, care has been taken to select the possible observation targets at random from the overall population of galaxies. In that way, the galaxies under study should be representative of the whole: Statistical conclusions from the analysis of their data should thus allow astronomers to draw conclusions about local galaxies in general. 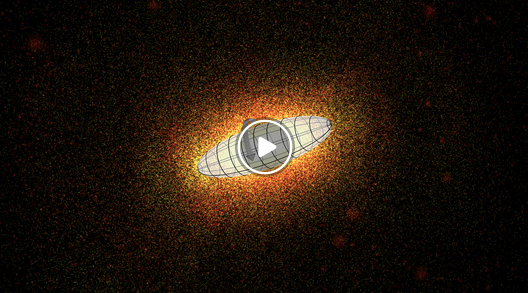