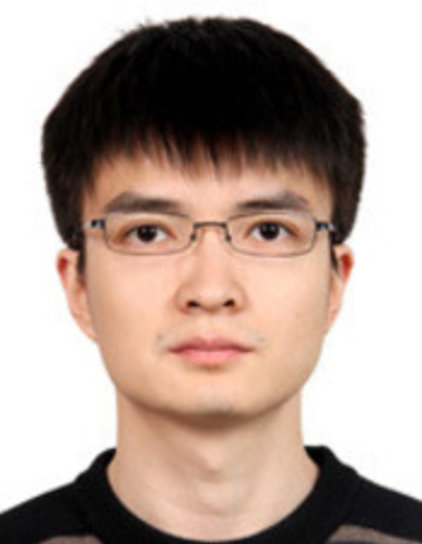 Detecting the boiling atmosphere of the hottest known exoplanet

Astronomers have found that the atmosphere of the hottest known exoplanet, the hot Jupiter-like planet KELT-9b, is "boiling off," with the escaping gas being captured by the host star. Using the CARMENES instrument at Calar Alto Observatory, Fei Yan and Thomas Henning of the Max Planck Institute for Astronomy in Heidelberg were able to detect the escaping hydrogen atmosphere of the planet. Their observations indicate a spread-out hydrogen envelope that is being pulled towards the host star. 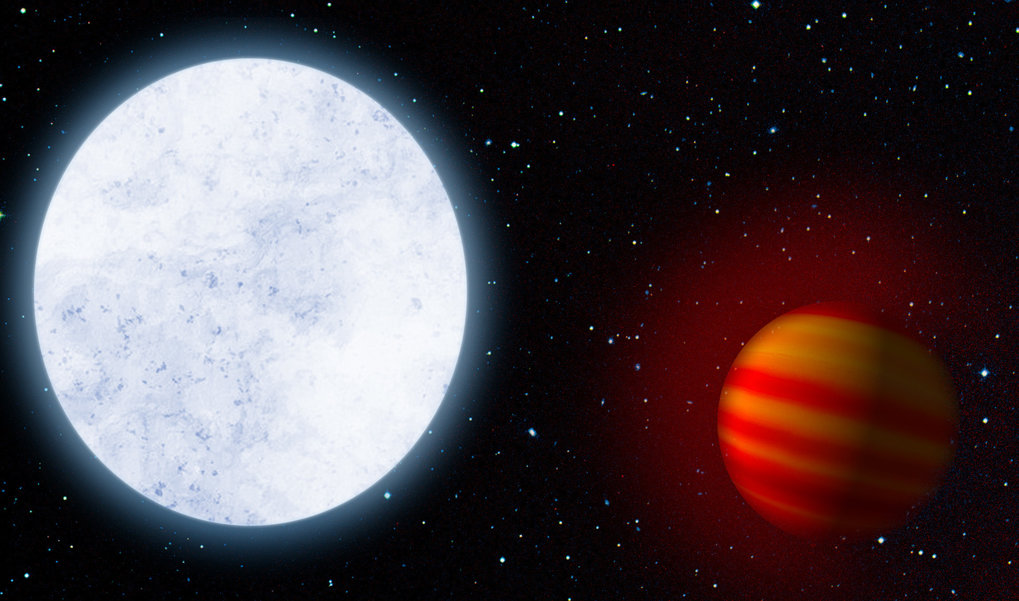 By all definitions, KELT-9b is a hellish kind of exoplanet: Due to its proximity to an extremely hot host star, the planet itself is the hottest exoplanet yet discovered. Now Fei Yan and Thomas Henning of the Max Planck Institute for Astronomy have detected that planet's extended atmosphere, showing that the star is not only heating up the planet's hydrogen atmosphere – it is then using its gravity to pull the hydrogen onto itself.

Specifically, the planet's host star KELT-9 is an extremely hot star with a temperature of up to 10,000 K (compare this with the Sun's much more modest 5800 K, or 5500 degrees Celsius). The planet's orbit is extremely small – ten times smaller than the orbit of Mercury in our Solar system (corresponding to only about 3% of the diameter of Earth's orbit around the Sun). When the planet was discovered in 2017 by a team of astronomers led by B. Scott Gaudi (Ohio State University), the astronomers measured its day-side temperature to be at 4600 K (4300 degrees Celsius), which is hotter than many stars!

The planet itself is a significantly larger version of our Solar System's Jupiter, at almost 3 times Jupiter's mass and almost twice Jupiter's diameter. These properties combined place KELT-9b firmly in the class of what astronomers call "hot Jupiter".

The planet's orbit regularly takes it between the host star and an observer on Earth – during each such transit, the planet blocks some of the starlight, causing the star to dim a little bit as measured by telescope on Earth. The planet was initially discovered by astronomers looking for that kind of regular little dip in the star's apparent brightness (the so-called transit method).

When Yan and Henning observed KELT-9b using the CARMENES spectrograph installed at the 3.5 meter telescope at Calar Alto Observatory, they found traces of the planet's atmosphere: Whenever the planet was in front of its star, there would be a clear absorption line for hydrogen (Hα), a narrow wavelength region where the planet's hydrogen-rich atmosphere absorbs some of it's host star's bright light. CARMENES gives a particularly detailed, high-resolution view of stellar spectral making it an excellent tool for this kind of observation.

The extended hydrogen atmosphere surrounding KELT-9b is surprisingly large – more than half as large again as the planet's radius. Models of how the star's gravity will pull on the planet's gas show that this is close to the maximal size of such an atmosphere. The large size suggests that the planet is losing hydrogen gas at a significant rate of more than 100,000 tons of hydrogen per second. The star is "boiling off" the planet's atmosphere, and pulling the gas onto itself, in a blatant case of interplanetary theft.

The way the wavelength of the absorption line changes during the transit amounts to a rare direct detection of the planet's motion: the wavelength shift is due to the Doppler shift, which tells us how fast the planet is moving towards us or away from us. Fei Yan, lead author of the article, says: "This is a very special kind of measurement – this kind of direct measurement of planetary motion has only been possible for about half a dozen exoplanets so far."

Thomas Henning, director at the MPIA and co-author of the study, says: "This planet reminds me of the mythical Icarus, who came to close to the Sun and crashed. Our planet will not crash, but it will certainly lose an essential part of itself, namely its atmosphere."

The results described here are published as F. Yan and Th. Henning, "An extended hydrogen envelope of the extremely hot giant exoplanet KELT-9b" in the journal Nature Astronomy. Both authors are at the Max Planck Institute for Astronomy.

CARMENES [kár-men-es](short for the "Calar Alto high-Resolution search for M dwarfs with Exoearths with Near-infrared and optical Échelle Spectrographs") is a next-generation instrument built for the 3.5m telescope at the Calar Alto Observatory by a consortium of German and Spanish institutions. The principal investigators of CARMENES are Andreas Quirrenbach of the Zentrum für Astronomie of Heidelberg University and Pedro J. Amado of IAA Granada. The Max Planck Institute for Astronomy is part of the CARMENES consortium, and the instrument has received funding from the Max Planck Society.