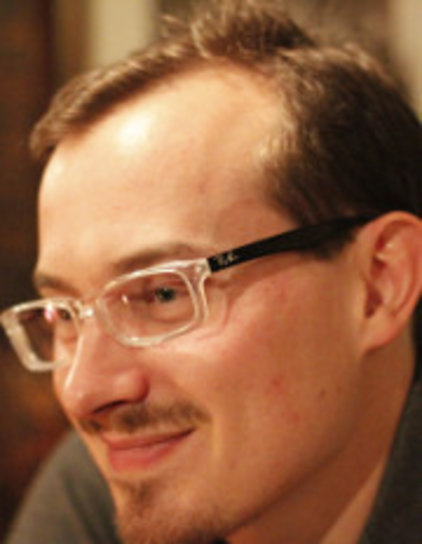 Astronomers have discovered a new kind of galaxy in the early universe, less than a billion years after the Big Bang. These galaxies are forming stars more than a hundred times faster than our own Milky Way. The discovery could explain an earlier finding: a population of suprisingly massive galaxies at a time 1.5 billion years after the Big Bang, which would require such hyper-productive precursors to grow their hundreds of billions of stars. The observations also show what appears to be the earliest image of galaxies merging. The results, by a group of astronomers led by Roberto Decarli of the Max Planck Institute for Astronomy, have been published in the 25 May issue of the journal Nature. 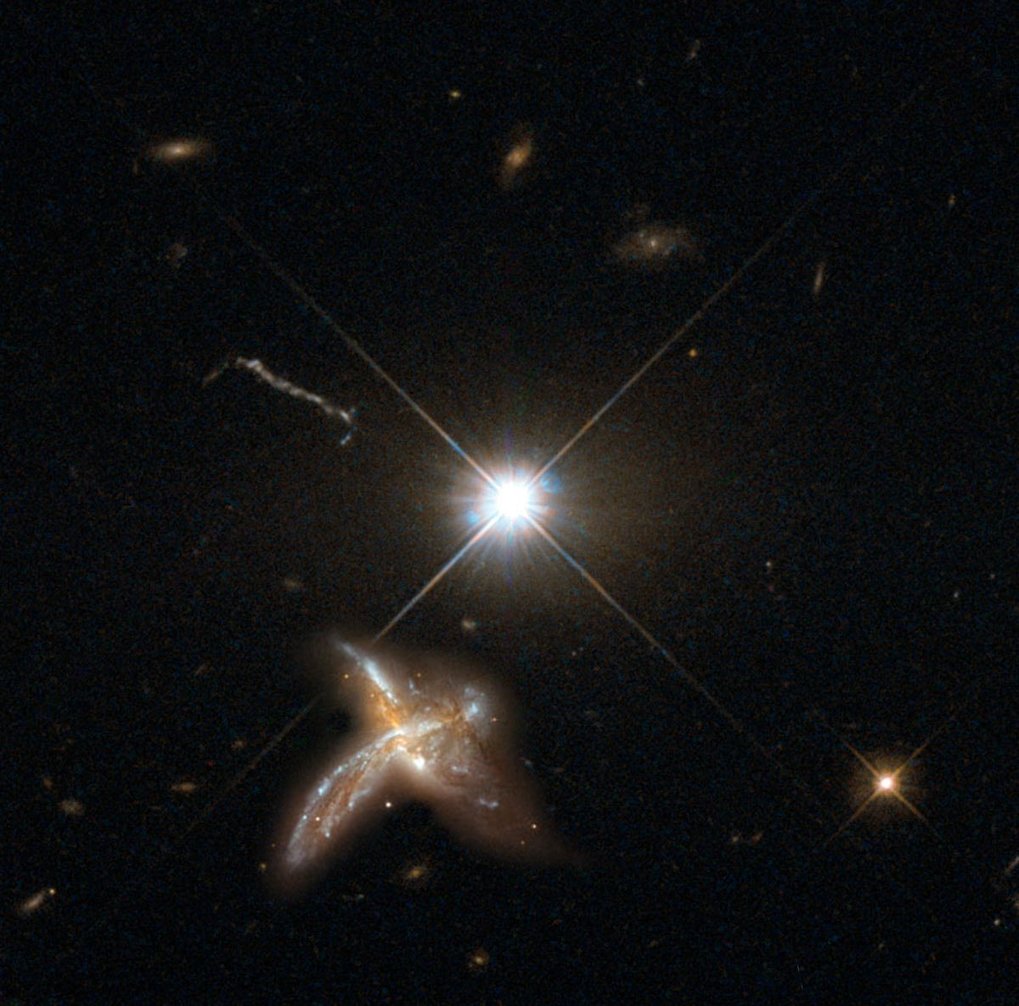 When a group of astronomers discovered unusually massive galaxies in the early universe a few years ago, the sheer size of these galaxies, with hundreds of billions of stars, posed a puzzle. The galaxies are so distant, we see them as they were a mere 1.5 billion years after the Big Bang, when the universe was about 10% its present age. How were they able to form so many stars, in such a comparatively short time?

Now, a serendipitous discovery by a group of astronomers led by Roberto Decarli from the Max Planck Institute for Astronomy is pointing to a possible solution to the mystery: a population of hyper-productive galaxies in the very early universe, at a time less than a billion years after the Big Bang.

Roberto Decarli says: "We were looking for something different: for star formation activity in the host galaxies of quasars. But what we found, in four separate cases, were neighboring galaxies that were forming stars at a furious pace, producing a hundred solar masses' worth of new stars per year." Quasars constitute a brief phase of galaxy evolution, powered by the infall of matter onto a supermassive black hole at the center of a galaxy.

Fabian Walter, leader of the observation program using the ALMA observatory in Chile that led to the discovery, says: "Very likely it is not a coincidence to find these productive galaxies close to bright quasars. Quasars are thought to form in regions of the universe where the large-scale density of matter is much higher than average. Those same conditions should also be conducive to galaxies forming new stars at a greatly increased rate."

Whether or not these newly discovered galaxies can indeed be the precursors of their more massive, later kin, and thus solve the cosmic puzzle, will depend on how common they are in the universe. That is a question for follow-up observations planned by Decarli and his colleagues.

The ALMA observations also showed what appears to be the earliest known example of two galaxies undergoing a merger. In addition to forming new stars, mergers are another major mechanism of galaxy growth – and the new observations provide the first direct evidence that such mergers have been taking place even at the earliest stages of galaxy evolution, less than a billion years after the Big Bang.

The results described here have been published as Decarli et al., "Rapidly star-forming galaxies adjacent to quasars at z>6" in the May 25, 2017 edition of the journal Nature. 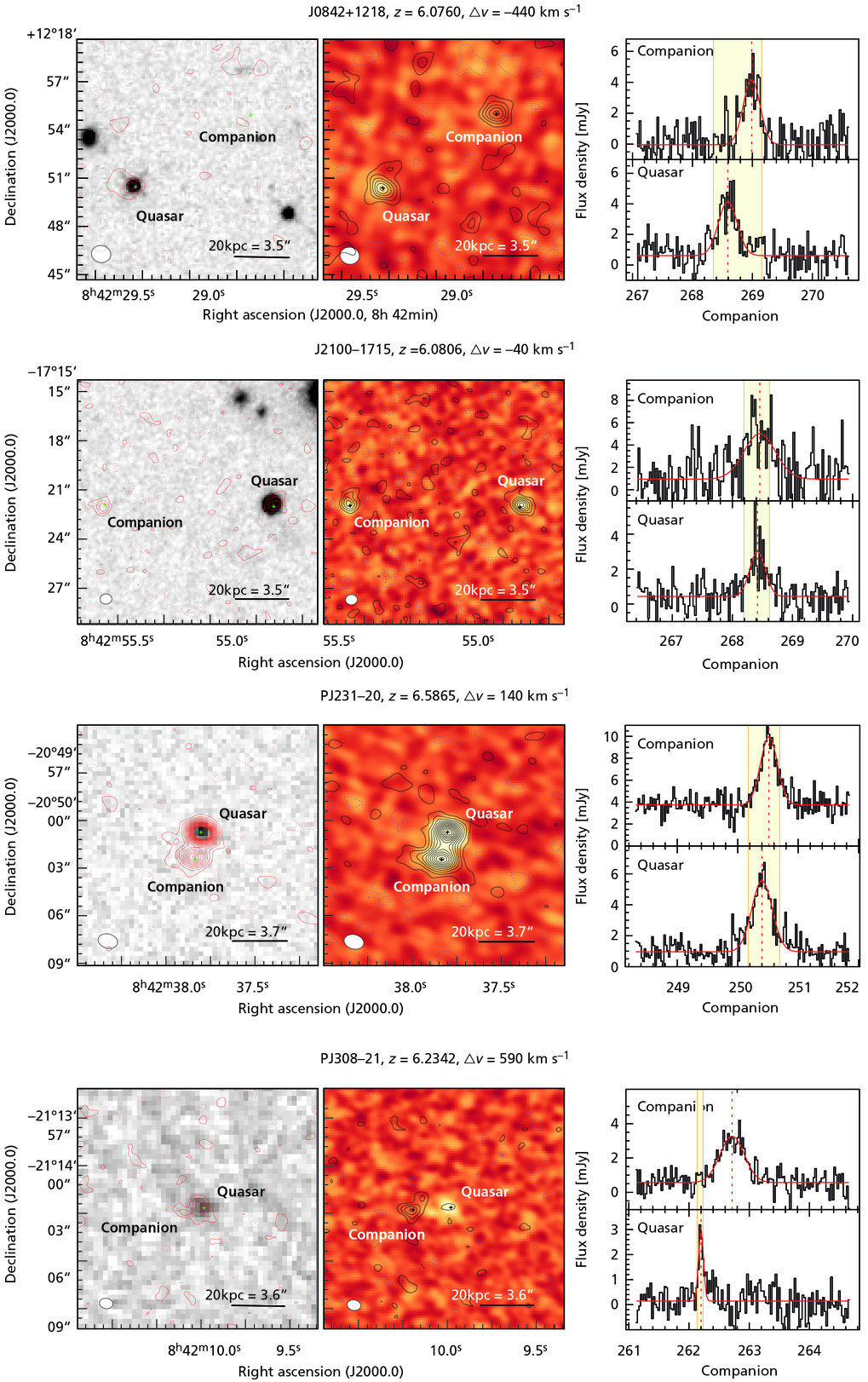 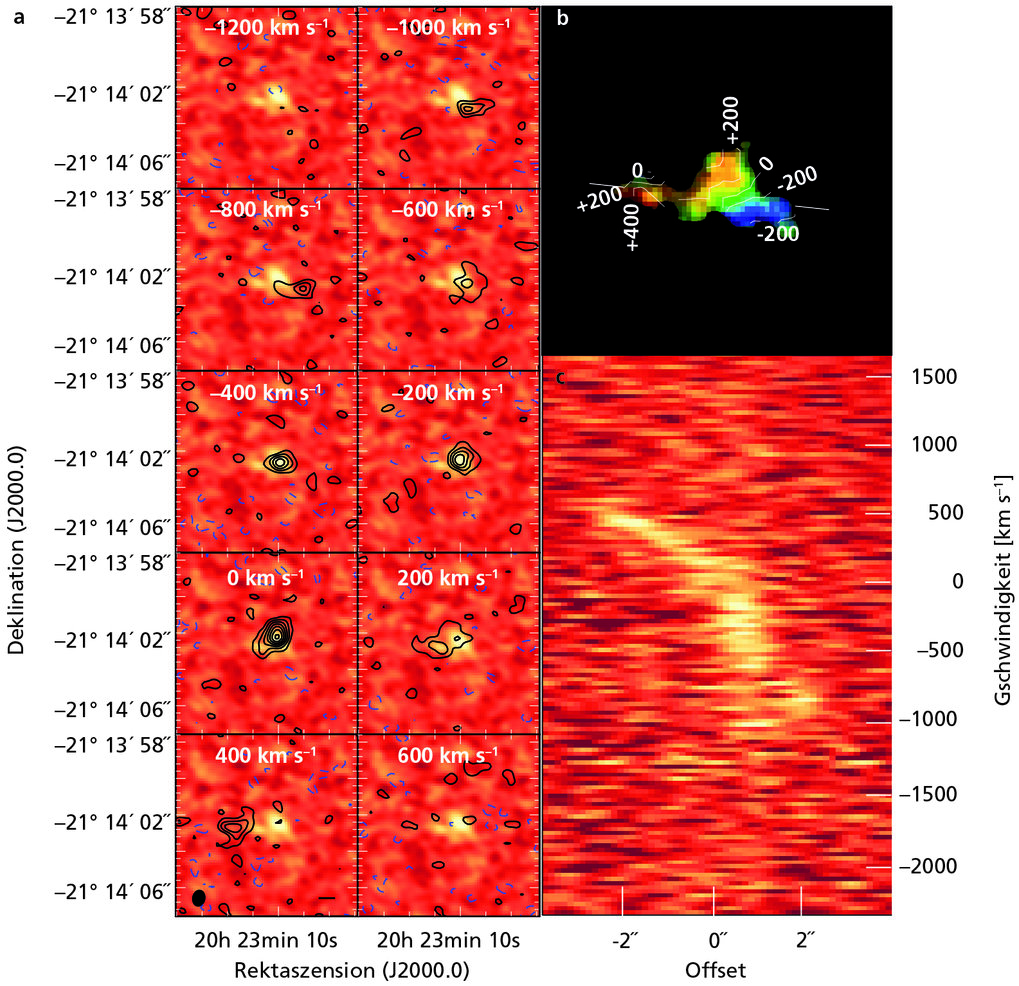