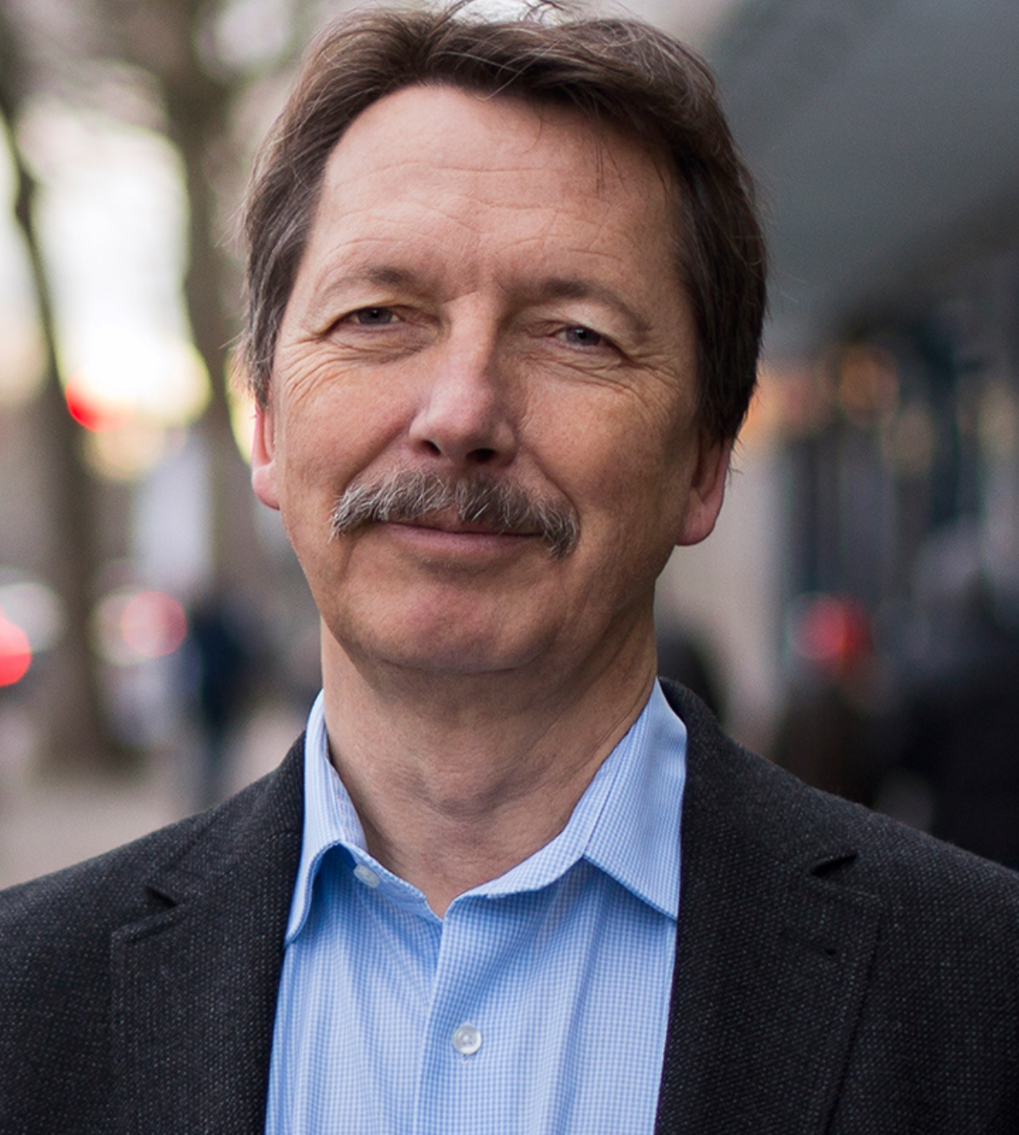 Astronomers from the Max Planck Institute for Astronomy (MPIA) and the University of Jena have obtained a clearer view of nature's tiny deep-space laboratories: tiny dust grains covered with ice. Instead of regular shapes covered thickly in ice, such grains appear to be fluffy networks of dust, with thin ice layers. In particular, that means the dust grains have considerably larger surfaces, which is where most of the chemical reactions take place. Hence, the new structure has fundamental consequences for astronomers' view of organic chemistry in space – and thus for the genesis of prebiotic molecules that could have played an important role for the origin of life on Earth. 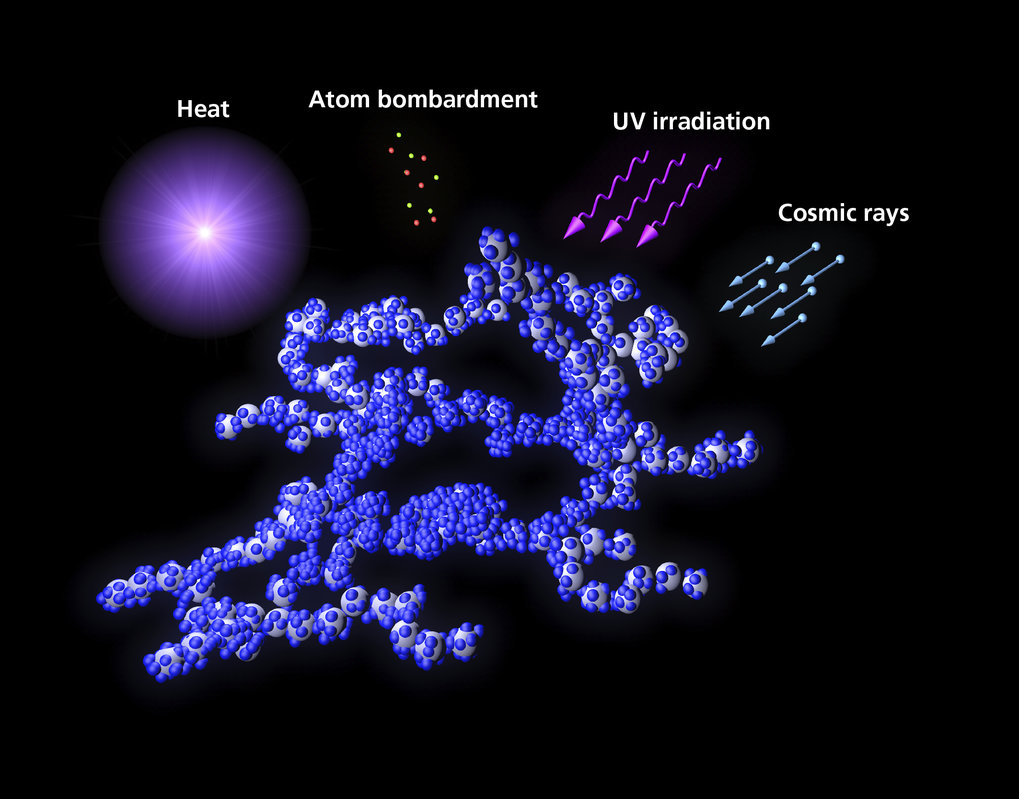 Creating complex molecules in deep space is anything but easy. To the best of current knowledge, the natural laboratories in which the necessary reactions take place are interstellar dust grains with icy surfaces. Now, new experimental results by Alexey Potapov of the MPIA laboratory astrophysics group at Jena University and his colleagues demonstrate that, under realistic conditions, the ice layers may well be so thin that the surface structure of the dust grains themselves plays an important role.

This opens up a new field of study: Those who are interested in the cosmic origins of the organic precursor molecules of life will need to take a closer look at the different properties of the surfaces of cosmic dust grains, their interactions with small amounts of ice, and at the role the resulting complex environments play in helping to synthesize complex organic molecules.

When we think about how life, and how we ourselves, have come to be in this universe, there are several important steps, encompassing physics, chemistry, and biology. As far as we know, the earliest biology of our own origins story took place here on Earth, but the same is not true for either physics or chemistry: Most chemical elements, including carbon and nitrogen, have been created by nuclear fusion inside stars ("We are star stuff", as Carl Sagan famously said).

Molecules, including the organic molecules necessary to form amino acids, or our own DNA, can form in the interstellar medium. On the few occasions that probes have managed to analyze cosmic dust directly, namely the Stardust and Rosetta missions, the analysis found complex molecules, such as the simple amino acid glycine. Over the course of the evolution of a planetary system, organic molecules can be transported to planetary surfaces by meteorites and early comets.

How those molecules can form in the first place, in the nearly empty expanses between stars, is not a simple question at all. In outer space, most of the atoms and molecules are part of an ultrathin gas, with hardly any interaction – let alone the interactions needed to build up more complex organic molecules.

In the 1960s, astronomers interested in interstellar chemistry began to develop the idea that interstellar dust grains could serve as "interstellar laboratories," which would facilitate more complex chemical reactions. Such grains, whether carbon-based or silicate-based, typically form in the outer layers of cool stars or in the aftermath of supernova explosions. In a cloud of gas and dust, different kinds of molecules would stick to the (cold) grain, molecules would accumulate, and eventually, interesting chemical reactions would take place. Specifically, it would take on the order of 100,000 years for a dust grain to accumulate a mantle of ice (mostly water ice, but also some other molecules like carbon monoxide). This icy layer would then serve as a tiny cosmic chemistry lab.

Astronomers interested in this topic soon realized that they needed experiments in order to interpret their observations of interstellar gas clouds. They would need to study ice-covered dust grains and their interaction with molecules in laboratories here on Earth. To this end, they would use vacuum chambers, simulating the emptiness of space, as well as appropriate temperatures. Since the assumption at the time was that what counted was chemistry on the icy surface, it became common practice to use ice layers for such experiments, applied to an ordinary surface such as a potassium bromide (KBr) crystal plate or a metal surface. But that, the new results show, can only be part of the picture, at best.

Artificial dust grains and their ice

Planet formation, as well as the search for the origins of life, are key research goals for the Max Planck Institute for Astronomy (MPIA), and icy dust grains play an important role for both. That is why, since 2003, MPIA has maintained a Laboratory Astrophysics and Cluster Physics Group at the Institute of Solid State Physics of Friedrich Schiller University, Jena.

Part of the group's equipment are lasers that can be used to create artificial cosmic dust grains. To this end, a laser is pointed at a graphite specimen, eroding (ablating) minute particles from the surface, mere nanometers across (where one nanometer is one billionth of a meter). When Alexey Potapov of the Jena Laboratory Astrophysics group, the lead author of the new paper, and his colleagues studied such artificial dust grains, inducing different kinds of ice to form on their surfaces, they began to have doubts about the standard picture of chemistry on thick icy surfaces.

Cosmic laboratories are fluffy and dusty

Instead of grains completely covered with several layers solid ice (water ice, or carbon monoxide ice) like an onion, the dust grains they produced in the laboratory, staying as closely as possible to realistic deep-space conditions, were extended, many-tendrilled shapes – fluffy networks of dust and ice.

With this shape, their total surface area is much larger (a factor of a few hundred) than for simpler shapes, and this is a game-changer for calculations of how the detected amount of water in molecular clouds would cover some grains: From grains with low surface area, thus covered completely by the available water, we arrive instead at a more extended surface that will have thicker layers in some places, while in other places there is no more than a single layer of ice crystals – simply because there is not enough water to cover all of the hugely extended surface area with several layers of ice.

Changing the pathway to life in the universe

This different kind of structure has profound consequences for the role of icy dust grains as tiny cosmic laboratories. Chemical reactions depend on molecules that have "gotten stuck" on the surface, and on how those molecules can move around (dissipate), meet other molecules, react, become stuck, or unstuck again. Those environmental conditions are completely different in the new, fluffy, dusty version of the cosmic laboratories.

Potapov says: "Now we know dust grains matter, a new player has entered the astrochemical game. Knowing the new player is there gives us a better chance to understand the fundamental chemical reactions that, at a later stage, might have led to the emergence of life in the universe."

Also, if the grains are not hidden under thick ice layers, but can interact with the molecules adhering to the surface, they can act as catalysts, altering the rate of chemical reactions by their mere presence. Suddenly, certain reactions for the formation of organic molecules like formaldehyde, or certain ammonia compounds, should become much more common. Both are important precursors of prebiotic molecules – so this change in focus would have a direct effect on our explanations for the chemical prehistory of life on Earth.

Co-author and MPIA director Thomas Henning says: "These are exciting new directions in the search for the formation of complex molecules in space. To follow up, MPIA has just opened its new 'Origins of Life' laboratory, which is tailored to this new type of research."

More generally, the new results, together with a number of similar results obtained in previous experiments, constitute a wake-up call for the astrochemistry community: If you want to understand astrochemistry in the interstellar medium, and its consequences for the origins of life, move away from icy onions. Embrace the role of dust surfaces. Embrace the possible fluffiness of nature's tiny cosmic laboratories.

The results described here have been published as Potapov et al., "Ice coverage of dust grains in cold astrophysical environments" in the journal Physical Review Letters.