Astronomers have found the first direct observational evidence for a long-suspected link between galaxies' central black holes and the rate at which stars form throughout a galaxy's history. To this end, the astronomers made use of a survey of black hole masses and reconstructed each galaxy's star formation history from its spectrum. Black hole mass and star formation rate were clearly linked, confirming a connection that had been assumed to exist for a considerable time. The results have been published in the journal Nature. 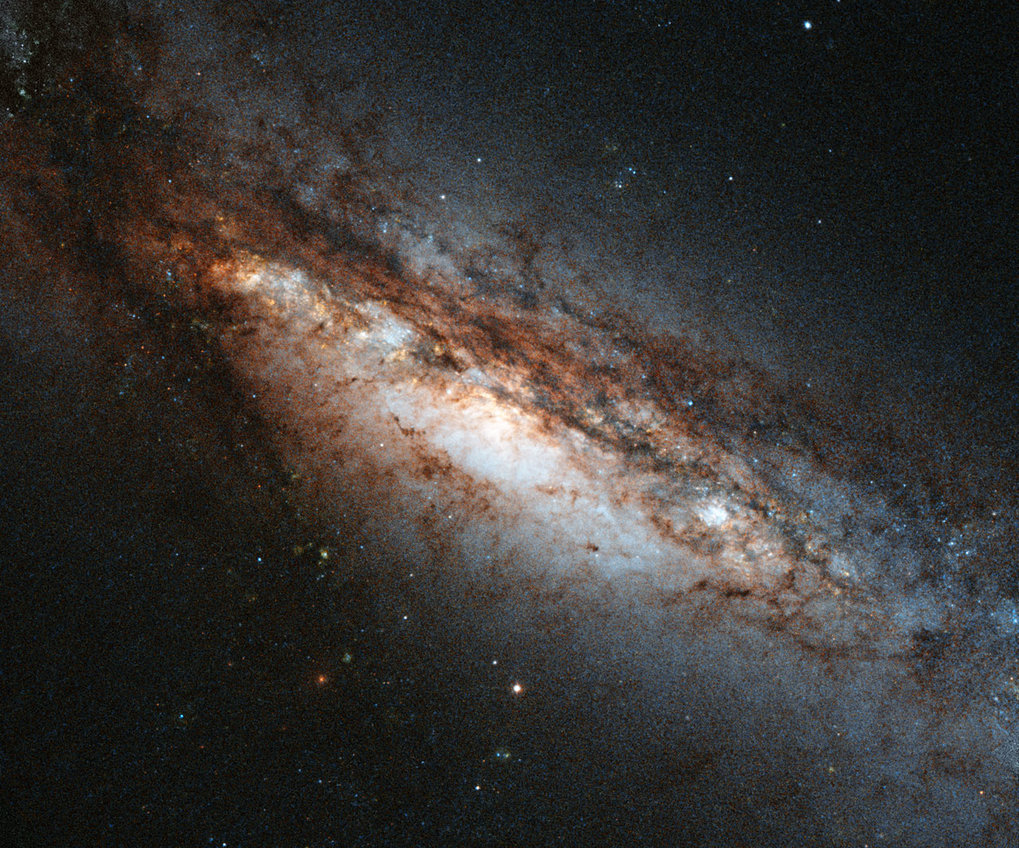 In the center of (almost) every galaxy is a supermassive black hole with the mass of between a few hundred thousand and a few billion times the mass of the sun. Astronomers have known for decades that there is an unusual connection between that black hole and a galaxy's stars. Their simulations of cosmic evolution routinely assume that this is due to a link between the mass of the black hole and the rate at which a galaxy forms new stars.

Now, a group of astronomers led by Ignacio Martín-Navarro (University of California Observatories and Max Planck Institute for Astronomy [MPIA], Heidelberg) has found the first observational evidence for a direct correlation between the mass of a galaxy's central black hole and the galaxy's star formation history.

When the correlation between the mass of a galaxy's central black hole and the total mass of that galaxy's stars was discovered roughly 15 years ago, it appeared to be a key property of galaxies – but it also posed a puzzle. What could be the cause of such a correlation? What could physically link two objects so dissimilar in size as the stars, distributed throughout the galaxy, and the comparatively tiny black hole at the galaxy's center?

It has long been thought that there is a smaller, opposing influence, as well, due to growing black holes inhibiting the formation of stars in their vicinity. The basic physics is fairly straightforward: When black holes grow as matter falls into them, enormous amounts of energy are set free. If that energy is transferred to the gas within and surrounding the galaxy – for instance via radiation, or by the particle jets that frequently accompany infalling matter – that gas will be less likely to form stars. Gas needs to be cold for regions of it to collapse, and form stars; energy input will serve to heat gas up. The effect is more pronounced for larger black holes.

Feedback of this kind has long been included in large-scale simulations of structure formation in the universe. In fact, it is a necessary ingredient for these simulations to predict realistic star formations rates – without such feedback, the simulated galaxies would have formed far too many stars!

But observational data directly linking star formation to properties of the black hole was missing – until now. When Martín-Navarro and his colleague set out to study the issue, they made use of data from the Hobby-Eberle Telescope Massive Galaxy Survey, a systematic study conducted by former MPIA scientist Remco van den Bosch. For 74 of the galaxies surveyed, there exist direct mass measurements of the central black hole.

In fact, that connection appears to be tighter than the correlation between a galaxy's central black hole mass and stellar mass, and independent of additional parameters such as the galaxy's shape or stellar density.

The correlation extends far into the past. Not only are those galaxies with more massive central black holes than expected producing fewer stars now. They have consistently been producing stars at a comparatively low rate for the past 12.5 billion years. This is strong evidence for a direct, long-term connection between star-forming activity and the central black hole.

Now, the ball is firmly in the court of the theoreticians who will need to explain the physical mechanisms behind the link – and who will be able to test their explanations using the observational data Martín-Navarro and colleagues have provided.

The results described here have been published as Martín-Navarro et al., "Black-hole regulated star formation in massive galaxies" in the journal Nature.