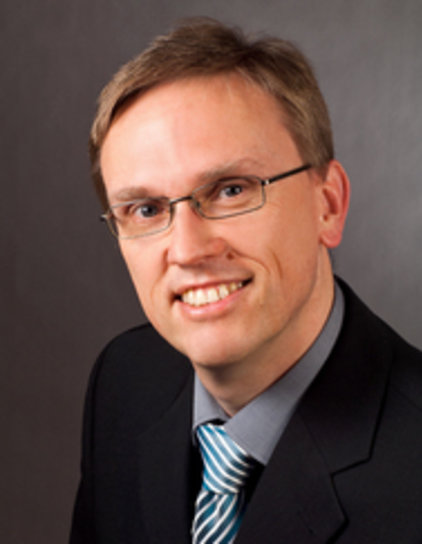 A Cold Super-Earth in our Neighbourhood

An international group of astronomers, involving the Max Planck Institute for Astronomy (MPIA) in Heidelberg, has succeeded in detecting a planet around Barnard's star, which is only six lightyears away. The planet has just over three times the mass of Earth and is slightly colder than Saturn. The discovery was made by measuring the periodic change in the radial velocity of the parent star. The spectrograph CARMENES, developed to a large part by the MPIA, played an important role in this discovery. 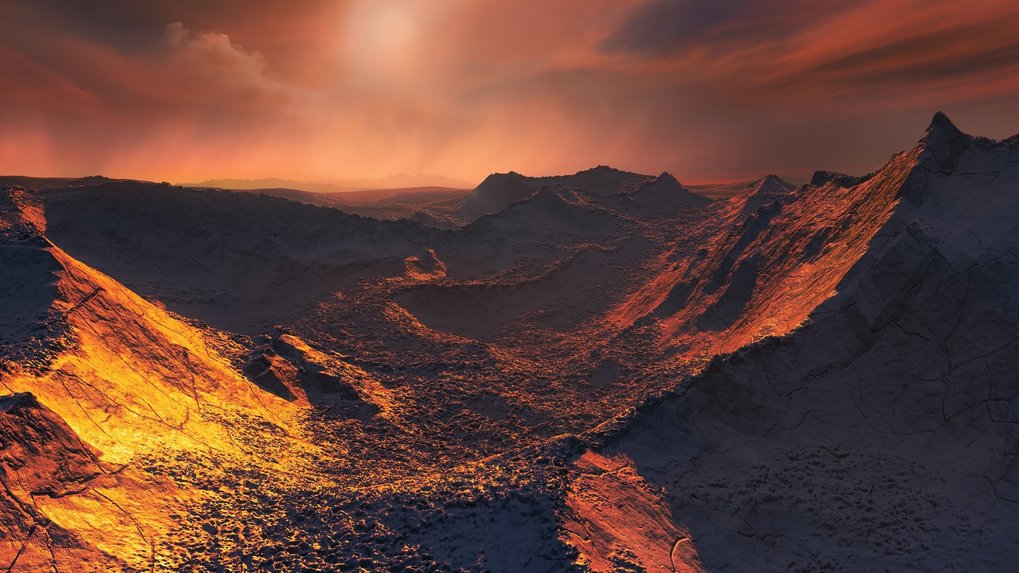 Barnard's star (GJ 699) is the single star closest to Earth, located at a distance of about 6 lightyears. When viewed from Earth, it moves faster than any other star in the sky. For a long time, the search for planets orbiting Barnard's star has been unsuccessful. But now astronomers have extracted a signal from 771 individual measurements they have collected over the recent 20 years, which points to a planet that at a distance of 0.4 astronomical units (1 au = 150 million km, mean distance between Sun and Earth) travels around its host star once within 233 days. The planet has been named Barnard's star b.

“For the analysis we used observations from seven different instruments, spanning 20 years, making this one of the largest and most extensive datasets ever used for precise radial velocity studies,” explains Ignasi Ribas of the Institut de Ciènces de l'Espai (ICE, CSIC), Spain, and first author of the underlying research published in Nature.

Since Barnard's star, a red dwarf star, only emits 0.4 % of the Sun's radiant power, the planet Barnard's star b only receives about 2 % of the intensity the Earth collects from the Sun. From this, the scientists conclude that the planet with an average temperature of about -170°C is probably a hostile, icy desert, in which there is no liquid water. With a mass of at least 3.3 Earth masses, it belongs to the class of super-earths, i.e. exoplanets that fill the mass scale between Earth and Neptune.

The discovery is based on the radial velocity method. Here a sensitive spectrograph registers small periodic shifts of the spectral lines in the spectrum of a star due to its movement along the line of sight caused by the planet. From this the mass of the planet can be calculated. If the planetary orbit is inclined relative to the line of sight, however, we underestimate the change in velocity of the star and thus the mass of the planet. In most cases we do not know the inclination. Therefore, the 3.3 earth masses of Barnard's star b are only a minimum value. However, they also represent the most probable value.

A result of many years of international cooperation

The data collected up to 2015 already contained indications of a planet. MPIA astronomer Martin Kürster alone contributed 76 data sets from the UVES spectrograph. However, certainty was only obtained with additional measurements. Therefore, an international collaboration called "Red Dots" was formed to examine red dwarf stars such as Barnard's star in more detail employing the state-of-the-art spectrographs CARMENES, HARPS and HARPS-N. Precise spectrographs such as CARMENES, to whose development the MPIA has contributed significantly, enable astronomers to find increasingly smaller exoplanets that travel ever further away from their stars.

Martin Kürster comments: "Until the 1980s, almost all professional and popular astronomy books stated that two Jupiter-like planets had been found near Barnard's star. This turned out to be incorrect due to recent measurements in which I was partly involved. That is why it is all the more fascinating that we are now able to detect this planet with a much smaller mass."

Planetary systems in the Sun’s neighbourhood

In 2016, a planet was detected near the star that is closest to the sun, Proxima Centauri. With Barnard's star b we now know four planetary systems at a distance of up to 10 light years from the solar system. Within a radius of 15 light years there are even 14. Thus, the current discovery contributes to the perception that the formation of planets is apparently a very frequent cosmic phenomenon.

CARMENES (Calar Alto high-Resolution search for M dwarfs with Exoearths with Near-infrared and optical Echelle Spectrographs) is a high-resolution optical and near infrared spectrograph operated at the 3.5 m telescope at the Calar Alto Observatory (Spain). It was built in a collaboration by 11 Spanish and German research institutions, including the MPIA.

HARPS-North (or HARPS-N) is a replica of ESO’s HARPS installed at the Telescopio Nazionale Galileo/Italy (La Palma, Spain).

Several observatories contributed to follow-up activities through the “Red Dots” project, including observers from the AAVSO (American Association of Variable Star Observers). The AAVSO is an association formed by amateur astronomers that collect, evaluate, analyse, publish and archive variable star observations.