During further test observations for implementing the Laser Guide Star System ARGOS at the Large Binocular Telescope, the instrument-team made an impressive image of the galaxy NGC 6384 at a distance of 80 million light years. 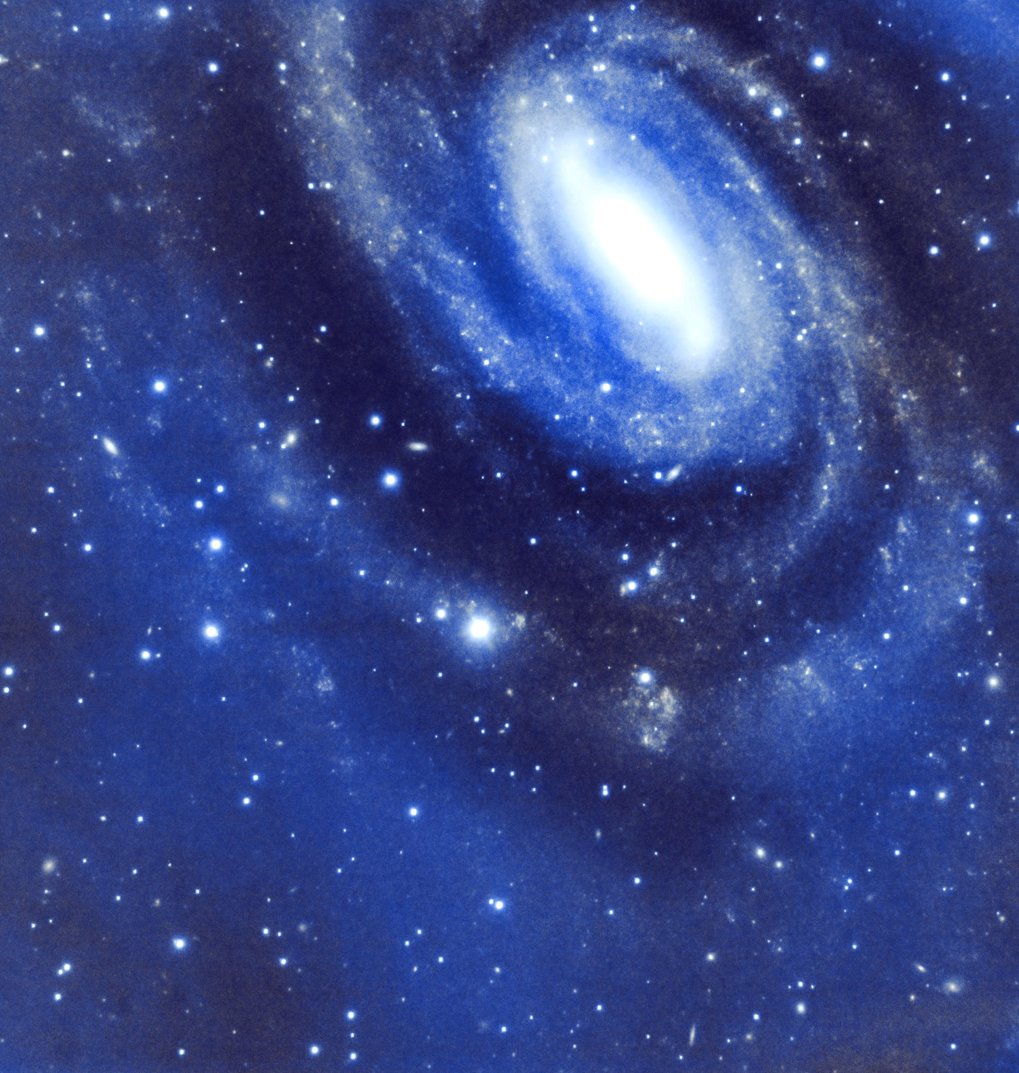 Even after the successful "First Light" in December 2014 (see here), further test observations - called Commissioning Runs – are necessary to bring the Laser Guide Star System ARGOS into full operation status at the Large Binocular Telescope (LBT) in Arizona. ARGOS allows high-resolution observations at any point of the sky with artificially generated stars in the telescopes field of view. With such "laser stars" the blurring of images caused by air turbulence (the “Seeing”) is largely corrected. The aim of the system is a successful correction of serious blurring effects caused by the so-called "Ground Layer" - the atmospheric layer closest to the telescope. Then, in conjunction with the infrared cameras LUCI I and II, very sharp images can be obtained with a quality significantly higher than those possible due to the "real" atmospheric conditions.

The image of the galaxy NGC 6384 is a recent example of the successful implementation of this technique. With an image quality of about 0.25 arcsec (diameter of the full moon: about 1800 arcseconds!), the resolution is significantly above about 0.45 arcseconds, which would have been reached without the system.

Additionally, the increased sharpness causes also a significant increase in sensitivity, since the light of weak and small objects is not strongly smeared on the detector. Thus, the image reveals also an amazing number of much more distant galaxies "shining through" NGC 6384. Here, one also benefits from the spectral ranges used, because there were two observations combined in the near-infrared (J and H-Filter) for creating the final image. In these spectral regions, interstellar dust in NGC 6384 attenuates the light of the underlying objects significantly less than in visible light.