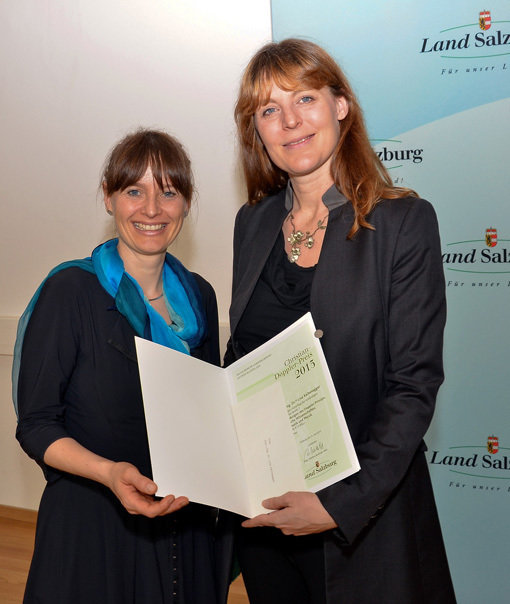 In biannual intervals, the Land Salzburg government is awarding the Christian-Doppler-Prize as its most important distinction for young scientists' achievements in the Natural Sciences. Lisa Kaltenegger from the Max Planck Institute for Astronomy received the prize on June 13, 2014 in the category 'Physics, Mathematics and the application oft he Doppler principle' for her recent work on characterisation of exoplanets with a focuss on other habitable words.