Only a few weeks ago LINC-NIRVANA passed an important milestone, the successful completion of its "Preliminary Acceptance Europe" (Institute News). LINC-NIRVANA will be installed between the two 8.4m mirrors of the Large Binocular Telescope (LBT) on top of Mount Graham in Arizona, USA. The device will deliver a relatively wide, diffraction limited field in the near infrared. Now LINC-NIRVANA withstood another important step on the way to its destination.

3. August 2015: The instrument was dismantled from its telescope simulator device in the MPIA integration hall, was hauled into the neighboring intergration hall and finally to the outside of the building – a delicate maneuver.

4. August 2015: Fit check of the instrument cover on the instrument using a large crane – because of its height, this check would not have been possible inside the building.

5. August 2015: The large crane lifting traverse for the whole instrument was assambled and the traverse adjusted.

At the end of each day the instrument structure was returned to the building. It is now ready to be packed in a special non-standard transport box and shipped early September. In the meantime the rest of the instrument (opto-mechanical systems, cryostat, tooling) is being packed into almost as many as 90 transport boxes which will be shipped over the Atlantic in nine 20-foot sea containers. 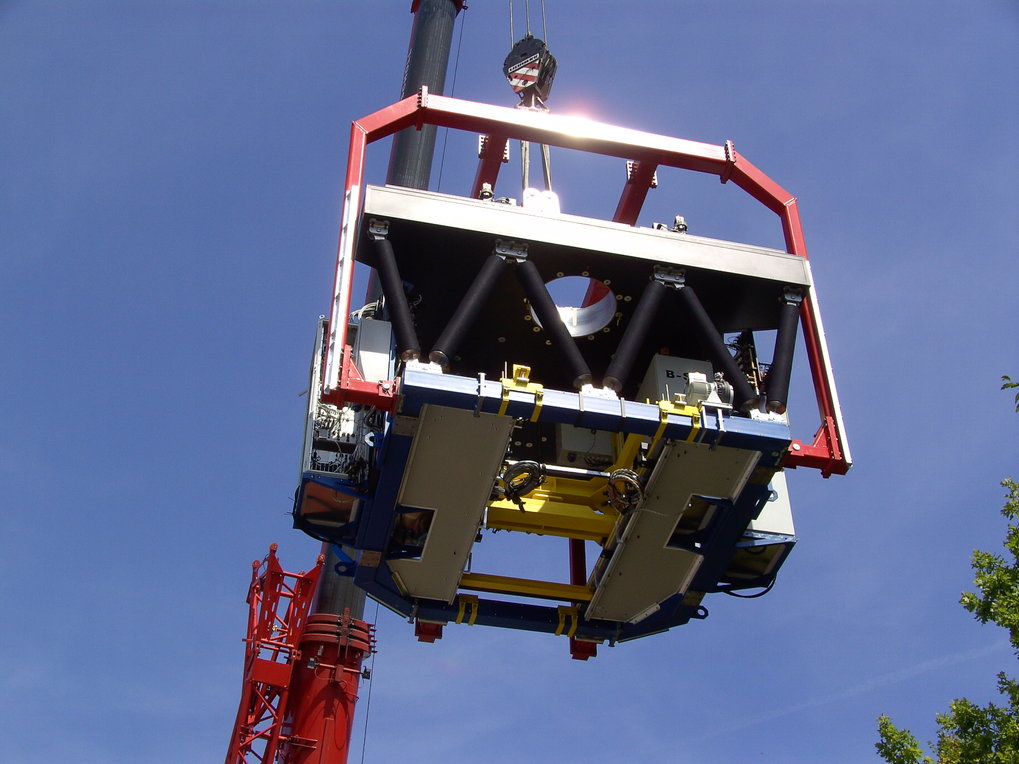