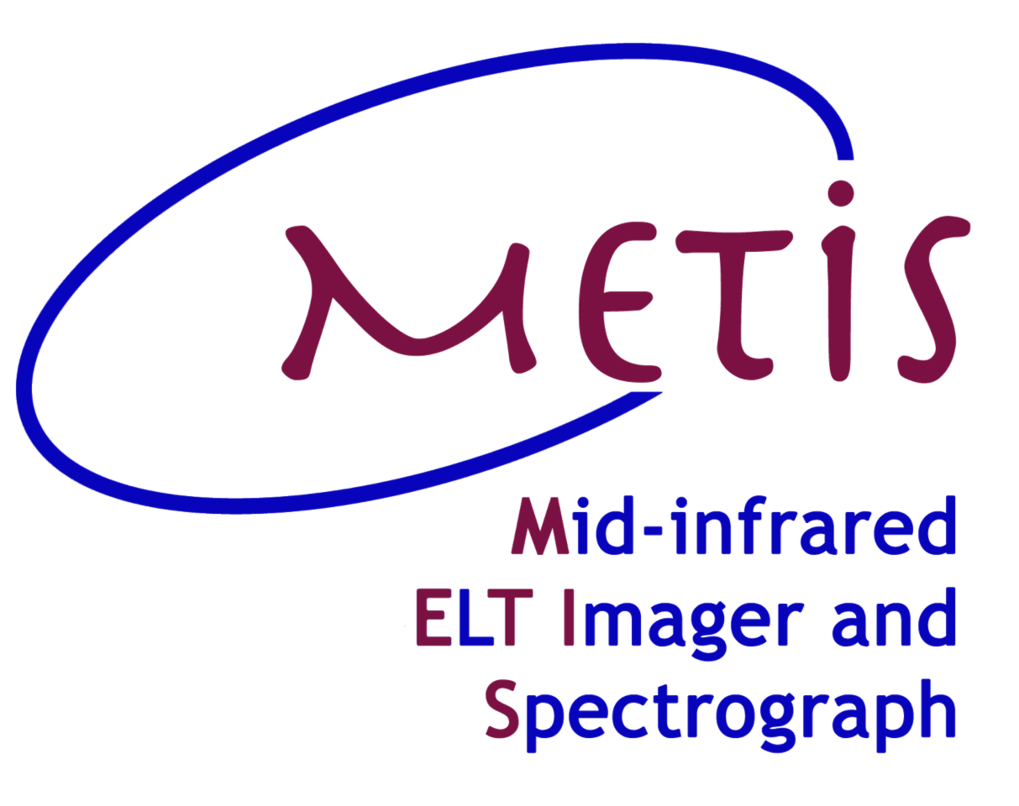 METIS is one of the three first instruments for the Extremely Large Telescope (ELT), Europe’s next-generation ground-based telescope for optical and infrared wavelengths which is currently under construction at the ESO site at Cerro Armazones in Chile.

METIS will offer diffraction-limited imaging, low and medium-resolution slit spectroscopy and coronagraphy for high contrast imaging between 3 and 13 microns as well as high-resolution integral field spectroscopy between 3 and 5 microns.
The main METIS science goals are the detection and characterisation of exoplanets and the investigation of proto-planetary disks and the formation of planets.

METIS is built by a European consortium under the lead of the PI institute NOVA in the Netherlands.
Other consortium partners are MPIA (Germany), ATC (UK), CEA (France), ETH (Switzerland), KUL (Belgium), University Lisboa (Portugal), University Vienna and Linz (Austria), University Cologne (Germany) and ESO itself.

MPIA is the second largest consortium partner: it is responsible for the IMAGER and the Single-Conjugate Adaptive Optics (SCAO) subsystems and holds in addition three key roles within the METIS consortium: the Instrument Scientist, the SCAO Lead and the Thermal Lead.
The instrument scientist works at the interface between the scientific users who define the needed capabilities of the instrument, and the technical team who design the instrument accordingly as well as technology and resources allow. The instrument scientist ensures that the performance of the technical design meets the corresponding requirements.
Accordingly, the SCAO Lead and the Thermal Lead are responsible to ensure the overall AO respectively Thermal performance of the complete METIS instrument.

The agreement for building METIS had been signed on 28 September 2015 between the PI institute and ESO.
In May 2019 METIS had its Preliminary Design Review (PDR) and is now in the Final Design (FDR) phase.